Spending a lot of money on Star Trek related memorabilia is one of the rites of passage for Trekkie cliques, but even the most dedicated Star Trek collector (except for the King of Jordan, of course) has to give it up for Liu Dejian, a Chinese millionaire and head of NetDragon Websoft. That's Dejian's app development firm, and it now has a new corporate headquarters in the distinctive shape of Captain Kirk's SS Enterprise courtesy of the boss' Star Trek obsession. Well, that and an estimated $160 million in construction costs, which is a pretty tidy sum even if it definitely doesn't come close to what a real-life spaceship equipped with hyperdrive would cost to build.

Reports from within the NetDragon Websoft organization suggest that Liu Dejian even went so far as to secure the copyright for the Enterprise, to make his dream headquarters 100% legal and above board. No word on how much he paid for that privilege, but it's probably not included in the aforementioned $160 million figure. But however much he paid, it was probably money well-spent, as now Dejian doesn't have to worry about any inconvenient lawsuits from the current Star Trek rights holders at CBS. 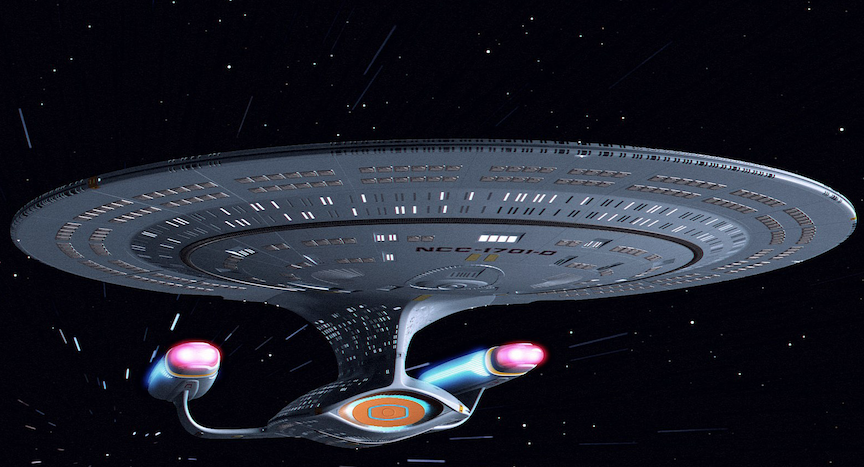 The new Star Trek inspired NetDragon Websoft corporate headquarters can be found in the city of Fuzhou in the eastern part of China. There, the massive Enterprise-shaped block of office space is truly a sight to behold, although one has to wonder if this huge futuristic spaceship-like building fits in with any of the other local architecture. Not subject to wondering, though, is the complex's massive size – I'm not brushed up on my Star Trek enough to know exactly how big the Enterprise is supposed to be, but looking at the building it looks like Dejian came close to matching not just the shape and visual impression of the ship, but its massive size as well.

It's a fitting culmination in Liu Dejian's journey with his company, which started back in 1999 with the founding of NetDragon Websoft. Since then, the company has had massive success with mobile smartphone games and other apps in China, and Dejian himself has branched out of the app game and into fields like bioengineering and other forms of biological research, which further illustrates the businessman's interest in science – perhaps inspired by his early love for Star Trek.

The lesson here is simple – if you have enough money, and you're the president of a successful enough company, you can indulge your every whim, even if it has to do with an obsession over a fictional spaceship from a TV show. No word on whether Dejian has any plans to continue exploring his passion for Star Trek, maybe by building an actual spaceship or investing in teleportation technology, but at this point I don't think anyone would be surprised if he did.