By Joseph Gibson on December 8, 2018 in Articles › How Much Does

A Chinese company called Yulong Eco-Materials has reportedly made the unusual decision to switch from recycling into the art business. They recently spent $75 million on one of the depictions of the Crucifixion by famed artist Michelangelo, and they've taken the even more unusual step of selling "shares" of the painting for ten bucks a pop.

As a press statement from Yulong executive chairman Daniel McKinney following the announcement of the sale puts it:

"Yulong has today pioneered this new disruptive business model by the acquisition and securitization of fine art through a Nasdaq-listed security."

Yulong has plans to "open the opportunity of shared ownership of its acquired masterpieces to anyone with a brokerage account," by selling off 7.5 million shares in the painting, which will then presumably pay dividends when the painting is sold at a profit later. And it's this "disruptive" business model that the former recycling company is going to focus on from now on, according to the company itself. 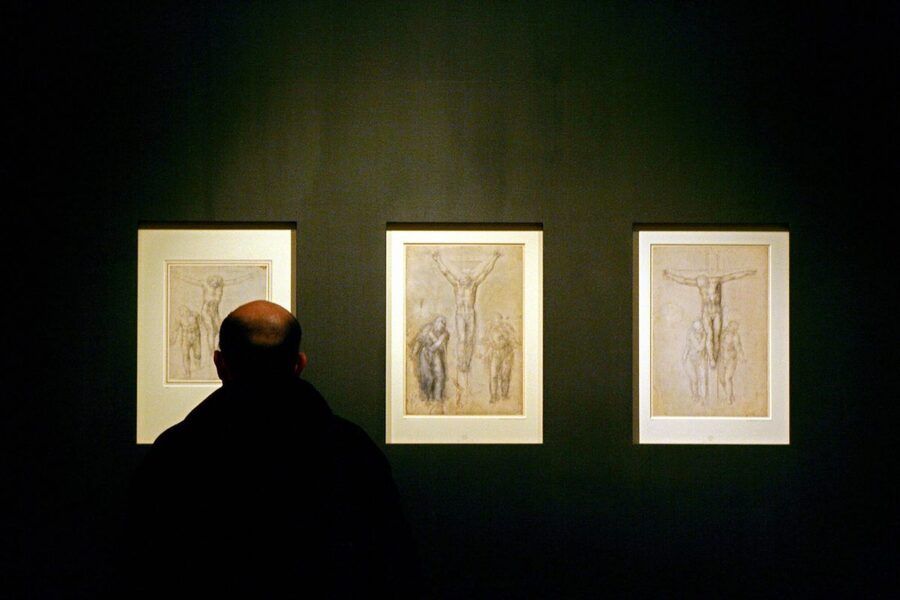 The Michelangelo (similar in subject to the master's drawings seen above) isn't actually the company's first acquisition in this area. In October, it purchased the "Millennium Sapphire," a 61,500-carat gem that cost about $50 million. Shares in this gem were also sold, and the company still has plans to take it on a world tour at some point in the future.

While it might seem like a somewhat erratic or chancy move, Yulong's stock has reportedly responded positively to the news that it's changing its focus. On the day the purchase of the Michelangelo was announced its stock saw a jump of up to 47 percent, and that spike in value paled in comparison to the gains it saw after its purchase of the Millennium Sapphire a month before that – at that time, Yulong's stock saw a jump of nearly a thousand percent following the announcement of the purchase.