One of the most stereotypical things you can do if you're super rich is to buy your own island. It's weird for us regular people to imagine a single person purchasing and owning an entire self-contained island, but for a wealthy person, it really isn't that difficult – just find an island with a lot of land for sale, and buy it all up (actually, it's probably a bit more complicated than that, but then again, this isn't a guide on how to buy your own private island). Chinese mega-millionaire Lin Dong found the process so simple that he's done it thirty, yes, thirty, times in the last nine years.

How much of an investment is it to amass a collection of thirty islands in nine years? Lin Dong spent a little over $4.8 million on his island collection, behavior which has earned him the nickname "Lord of the Isles" (another way to earn that nickname is to crush it on Supermarket Sweep). And His Lordship isn't limiting his island-madness to his own private purchasing habits, either – he's also formed a coalition made up of 50 of his fellow millionaires specifically for the purpose of buying up private islands, which happens to be the latest craze among the super rich in China. The group is now focusing their resources on islands in the south Pacific, adjacent to spots like Fiji, Tuvalu and Tahiti. 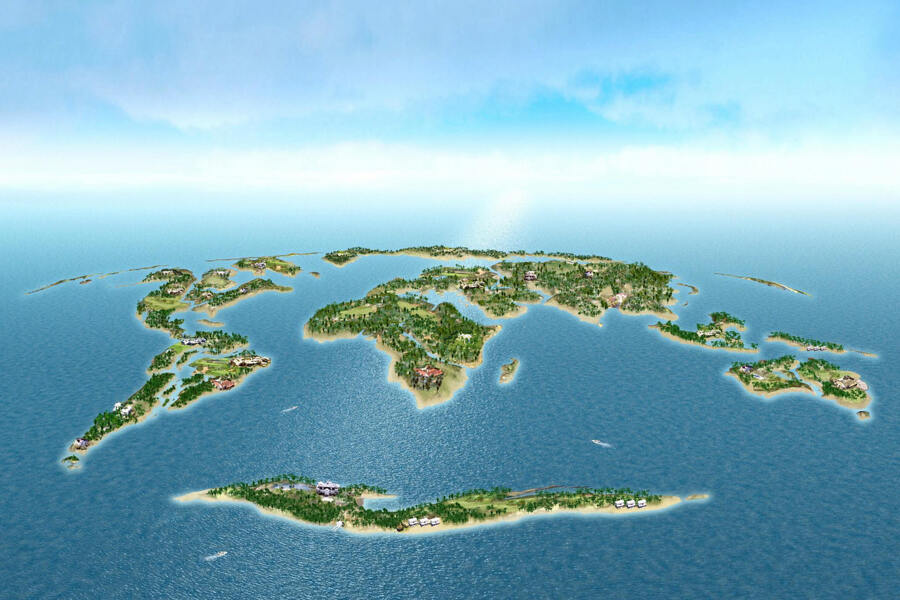 Lin Dong first caught the private island buying bug back in 2006, after signing the deed on Jialan, a small lake island in his hometown of Guangdong, China. Amusingly, Dong describes this as being his first island purchase "for pleasure," having bought another island several years before that in 1999 but that was strictly for agricultural business purposes. Here's the man himself in a recent interview about his penchant for purchasing islands:

"I have focused on buying islands with beautiful scenery and beaches since 2006. This way, I can build houses on them for holiday purpose.  Most islands I have are on lakes, around 20 of them. I also have more than 10 peninsulas."

One of the factors at play in this influx of wealthy Chinese businessman purchasing private islands is political – China has strict regulations involving the sale of islands, with leases required to be for 50 years. But as is often the case, once you get into those international waters anything goes, and it's these islands that are the most attractive to Lin Dong and his island-buying gang.

Despite 30 being a nice, round number, and Lin Dong having spent the aforementioned $4.8 million dollars on his island hobby, he says he still plans to buy more. Those plans could perhaps include Katafanga Island of Fiji, a beautiful tropical paradise with villas, an airstrip, a golf course, and more included in its roughly $25 million purchase price, and just sitting there for some buyer to come along and turn it into a resort. When you think of it that way, it's a wonder that Dong has gone this long without buying that island up, as it seems like a pretty unbeatable bargain.