What Are Your Chances Of Being A Rags To Riches Story?

We do love a good rags to riches story here at Celebrity Net Worth. It is inspiring to read about men and women who go from fairly normal beginnings to stratospheric wealth, but how realistic is it for the average Joe or Jane? A new research report suggests that the rags to riches tale is a fairy tale more likely to happen in Hollywood than in real life. Does that motivate you or make you feel like you're facing an insurmountable battle? Let's take a look at some of the facts that have come to light. After all, the best laid plans must adjust their course sometimes, right?

It's not all doom and gloom. An overwhelming majority of today's adults earn more than their parents did at their age. However, only four percent of adults from homes on the bottom rung of the economic ladder were able to reach the top and become a true rags to riches story. Forty-three percent of people who start at the bottom remain there as adults, according to the report from the Pew Research Center. But don't despair, as bad as that sounds, take into consideration that not everyone aspires to become crazy rich and powerful.

Of those who start out wealthy, it is just as unlikely that they will lose their money and find themselves in a new economic bracket. Only eight percent of wealthy people dropped from the top to the bottom.

Not surprisingly, most of the usual factors that determine wealth are in play. The study found that education and race continue to impact income levels more than anything else. A four-year college degree gives someone trying to climb the economic ladder the best chance of financial security for those in the middle and top levels of income. Basically, go to college and if you're middle class or wealthy, you will remain so. The study showed that a degree prevents downward mobility from those brackets. Also, a degree is the best shot those from more impoverished backgrounds have of climbing their way to riches.

The report studies household income data from 1968 to 2009, and thus gives us a comprehensive look at the trends of the past four decades. Basically, that's a lot of pretty irrefutable data.

But hey, on the bright side, the study found that there are twice as many upwardly mobile households in the U.S. as there are those that are downwardly mobile. In fact, 35% of Americans have higher income than their parents did. That same 35% also moved up at least one rung on the economic ladder from where their parents were. Only 16% are losing wealth. 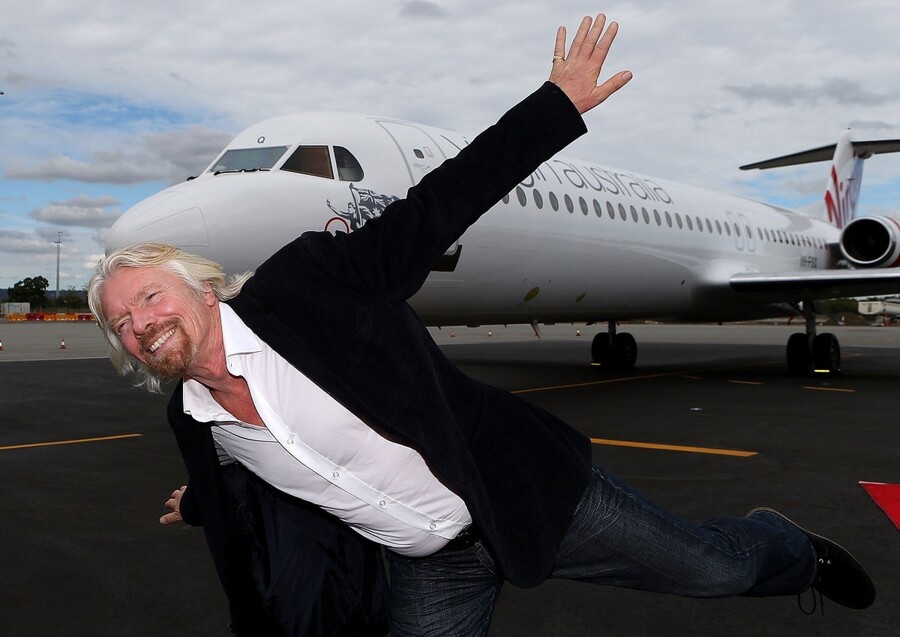 The study also confirms what we've long known about the quickly growing divide between the rich and the poor in America. Wealth has decreased at the bottom and middle, while the top two rungs have seen an increase. The rich are getting richer and most everyone else is either struggling to hold on (holla!) or getting poorer.

Doesn't that make you want to go out and prove the data wrong?