Cayman Islands Are the Third-Biggest Foreign Owner of US Debt

On February 8, 1794, ten merchant ships, including one purportedly carrying a member of King George III's family, struck a reef off the coast of the Cayman Islands. According to a popular legend, Caymanians rescued the crews and were rewarded with a promise from the King that the islands would never be burdened with taxes. (Quite the promise from a monarch who went to war with the American colonies because of taxes.)

Over three hundred years later, the Cayman Islands have become an attractive destination for hedge funds seeking to capitalize on its rich history as a tax haven. It has also become a destination for a massive amount of U.S. government debt.

According to U.S. Treasury data obtained by Bloomberg News in response to a Freedom-of-Information Act request, the Cayman Islands held $265 billion in Treasury securities as of March 2016. This is up 31 percent from a year earlier, and makes the territory the third largest holder of U.S. debt, after China and Japan. Those nations each hold more than $1 trillion in Treasuries. 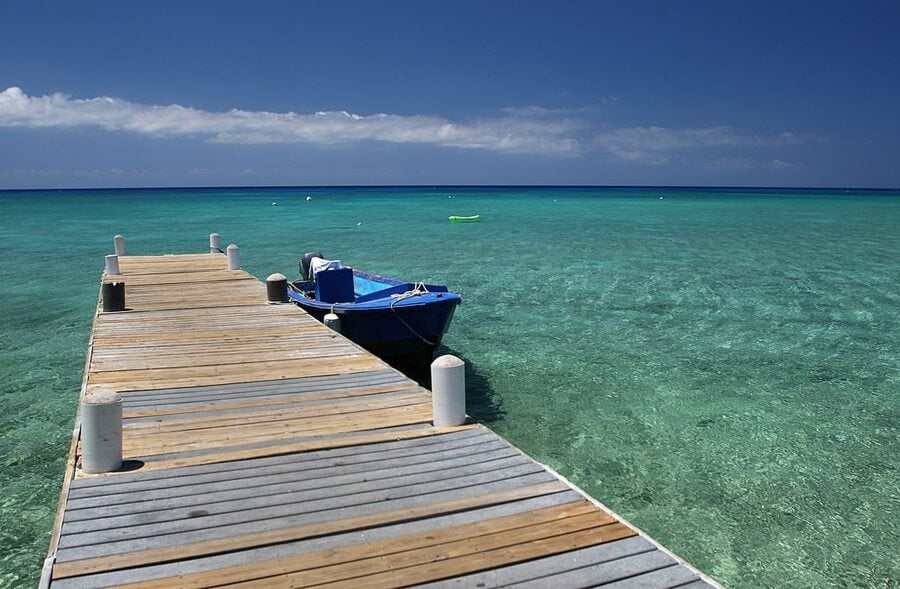 News of the Cayman Islands' holdings provides a glimpse into hedge funds' strategies, 60 percent of which are domiciled in the Caribbean getaway. With global stock indexes posting losses and negative bond yields in Europe and Japan, historically riskier hedge fund managers are joining more traditional mutual fund managers in buying Treasuries. The $13.4 trillion market in Treasury securities is on pace to gain for a third consecutive year.

"Most hedge funds are using Treasuries as a way to park assets without taking a lot of risk," said Donald Steinbrugge, managing partner of hedge fund consulting firm Agecroft Partners in Richmond, Virginia.

This is the first time in forty years the U.S. Treasury has provided details of the Caribbean countries' bond holdings. But the data obtained by Bloomberg News didn't just shed light on hedge fund strategies. This is also the first time the public has seen data on OPEC countries' Treasuries holdings.

Saudi Arabia holds $116.8 billion in Treasury securities. While the amount is significantly less than the Cayman Islands' stockpile, it has provided a glimpse into the tense relationship between the United States and its oil rich ally. Many wonder whether foreign holdings of U.S. debt allow foreign countries to exert too much influence in Washington, DC.

The Cayman Islands aren't the same security threat to the United States as is Saudi Arabia, but that doesn't mean foreign investors in the Caribbean won't use their Treasuries to their advantage. Perhaps King George III will have his revenge.