Businessman Tarek M. Al-Shawaf May Be On $25 Million Hook For 2013 Wildfire

Saudi businessman Tarek M. Al-Shawaf is in some pretty hot water, following news in the Los Angeles Times that the federal government has filed a lawsuit for $25 million in damages against him relating to a 27,500-acre wildfire back in 2013.

That wildfire was severe enough to completely destroy more than 20 buildings in its wake and for more than 5,000 people to have to evacuate. It was also severe enough to get its own name, when authorities began calling it the "Mountain fire." And according to the government, the Mountain fire started on Al-Shawaf's 20-acre property in Riverside County, where they say they have traced the fire back to a faulty electrical box that sparked up and ignited what quickly spread into the disastrous inferno. Here's U.S. Attorney Eileen Decker in a statement about the lawsuit:

"Property owners and their agents have a responsibility to ensure that property under their control is maintained in a safe fashion." 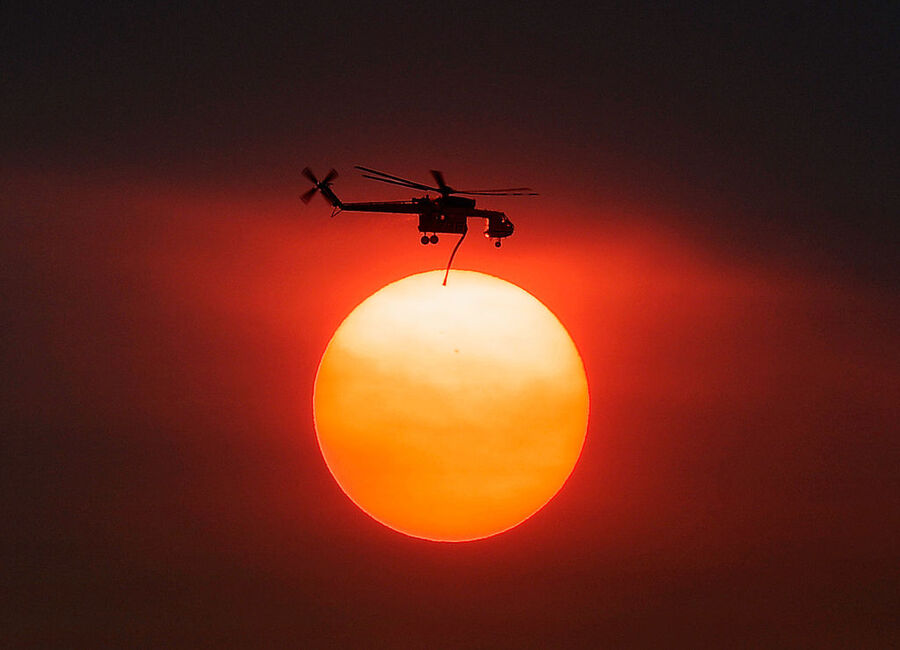 The fight to stop the massive wildfire spread out over more than two weeks in the summer of 2013, requiring more than 3,000 firefighters. Perhaps more importantly in the context of this lawsuit, it cost the US Forest Service over $15 million, which when added to the $9 million in damage to the environment caused by the fire and another $300,000 in "emergency rehabilitation" gives you the $25 million the government wants from Al-Shawaf.

Unsurprisingly, Al-Shawaf has his own version of what happened, which put simply is that the government's investigation is false and the Mountain fire didn't actually start on his property. James R. Lance is the attorney representing Al-Shawaf and the two caretakers for his property named in the lawsuit, and he recently wrote an email disputing the government's allegations:

"Our investigation indicates the fire did not start as alleged in the lawsuit filed today by the federal government. Our clients are not responsible for starting the fire or the damages caused by the fire."

According to prosecutors, they resorted to filing the lawsuit after Al-Shawaf refused to pay costs directly to the Forest Service following the agency's request, and now we may have a full-fledged court battle on our hands over who's to blame for this devastating wildfire.