The next time you hear someone say they live like a monk, remember this recent story out of Myanmar, where the Associated Press reports an unnamed Buddhist monk was arrested after the police found more than four million methamphetamine pills in his car and inside of his monastery.

The cops were tipped off that this monk might have drugs in his car, so they stopped him during a drive through Myanmar's northern Rakhine state next to the Bangladeshi border. In his car they found about 400,000 pills, which lead to a search of his monastic home, where another 4.2 million pills were found. Altogether, the meth is reported to be worth about $4 million on the street, which I guess means meth pills go for about a buck a pop in Myanmar – interesting information to have, that's for sure. Ammunition and a grenade (!) were also found in the monastery, which probably goes without saying are not part of the standard Buddhist monk repertoire. Director general of the Religious Affairs Ministry agreed when asked by reporters about the case:

"It is not a very common case, but not impossible to happen. What will happen to the monk is that he will have to give up his monkhood right away and face trial as an ordinary person." 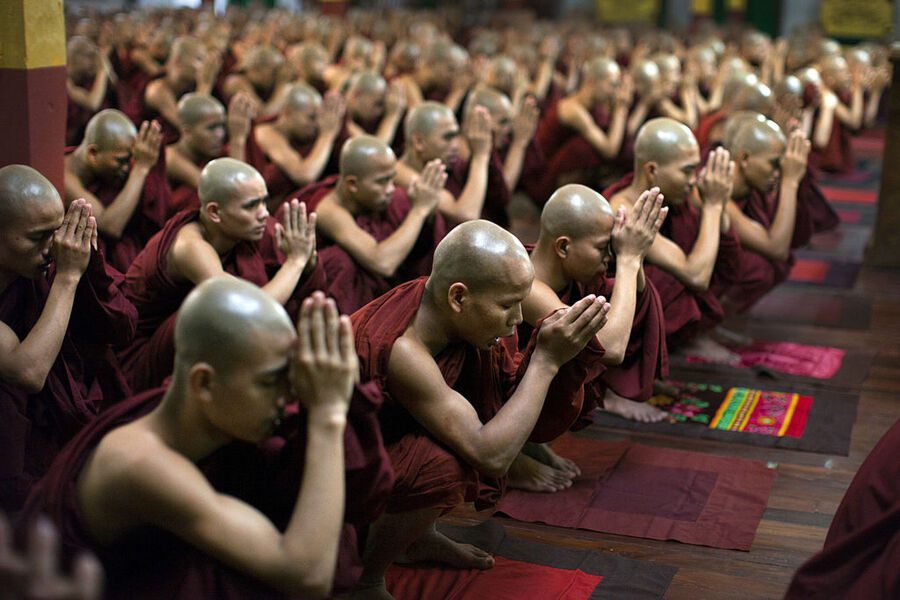 Myanmar is one of the top producers of meth worldwide, but it's still not considered a normal source of alternative revenue for Buddhist monks. Township police officer Kyaw Mya Win, who you don't imagine is easily impressed by crime-related stories, expressed shock at the case:

"This is not a normal case, and when we were informed that the monk was arrested, we were all shocked."

So don't go to just any Buddhist monastery expecting to find a stash of meth and/or weapons – although that might make a good hook for a remake of The 36th Chamber of Shaolin.