Bored With Multimillion-Dollar Yachts? Now You Can Buy A Luxury Submarine!

Owning a multimillion-dollar megayacht is one of the highest pinnacles of luxury, one that is primarily reserved for royalty and Russian billionaires. But for those of us who are bored with oversized boats covered in helipads and jacuzzis, Austrian company Migaloo Private Submersible Yachts has designed a 928-foot long luxury submarine titled the M7.

The M7 contains all the trappings of your typical megayacht, with a swimming pool, VIP suites, and multiple hangar bays. But unlike a boring yacht that just sits around floating like an awkward $200 million dollar piece of wood, the M7 can dive down 1,500 feet and cruise underwater at 20 knots to explore the true beauty of the sea.

The added luxury will put you back an estimated $2.3 billion, making it the most expensive private object in the world. The M7 isn't the only submarine available on the market. Triton Submarines, DeepFlight Adventures, U -Boat Worx BV, and Seamagine Hydrospace Corp. have been producing and selling smaller submersibles capable of taking two to eight passengers thousands of feet down to explore the ocean for a few hours. These submersibles can't regenerate their own power and still rely on yachts or other vessels for long-distance transport and services. 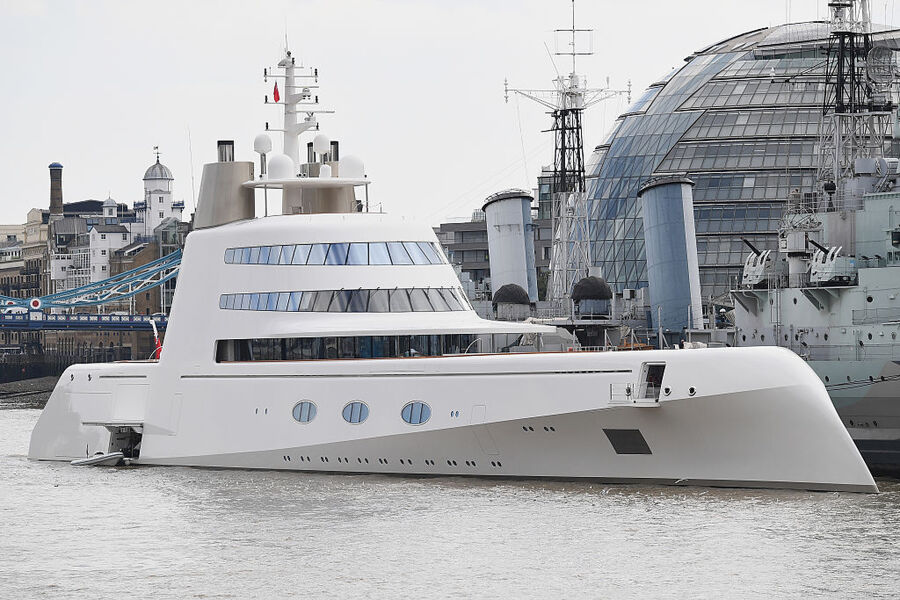 Full-on submarines like M7 are a new breed. Migaloo has seen recent competition from Florida-based U.S. Submarines Inc. and Ocean Submarine in the Netherlands. These yacht-style submarines can travel over 1,000 miles unassisted and become the perfect kind of luxurious underwater headquarters for plotting world domination or hosting an international meeting for ocean exploration. U.S. Submarines' Nomad 1000 seats between 10 to 24 passengers and starts at $6.5 million, whereas their high-end, Phoenix 1000 is estimated to cost around $90 million.

Currently, no one has put in an order for one of these luxury subs, and the companies remain focused on submersibles until that happens. Safety concerns may hinder potential buyers, though all sub makers must adhere to safety standards from their home countries. All of the companies claim to have perfect records for their dives with as many as 1 million passengers per year.

Only Ocean Submarine, which also supplies the military, is under contract for a civilian vessel designed for a rich client. The Neyk L3 is a 64 foot submarine with bar, galley, and library that seats up to 20 passengers. Instead of the huge size offered by Migaloo, they've marketed their submarine as both comfortable and high-performing, with vertical thrusters to prevent interference from ocean currents, landing gear to avoid having to deal with a marina, and a quiet and precise ride. Their sub is more affordably priced at around 20 million euros ($23.8 million in USD).

Training a crew to pilot the luxury submarines is essential. On the surface, it's just like any other ship, but underwater there are many more rules to understand. Ocean Submarines has a German training center that uses the same simulator as an airplane. The training typically takes around four months.

Once you've got the sub and your trained crew, you're able to go wherever you like. Unlike civilian airplanes, there are no specific legal restrictions on civilian subs anywhere in the world, though the coast guard may not take nicely to your unannounced presence. Most submarine companies advise against diving in France and Greece because of a number of antiquities on the bottom of their waters. The submarine companies advise buyers to involve the local authorities and give them a chance to get involved with your exploration.

And whenever the press arrives to spy on what you're doing, you can just dive and hide out underwater.