Dennis Muilenburg, the former CEO of Boeing, was fired last year in relation to a scandal regarding two separate crashes of the company's 737 MAX jet, accidents that killed 346 people altogether. His firing entailed the loss of tens of millions of dollars worth of forfeited stock awards as well as the denial of any severance package, but a recent Bloomberg report states that he will hang onto an estimated $80.7 million worth of compensation worth of pay and benefits.

That figure is especially startling, given the fact that the fired CEO's total compensation is significantly larger than the sum set aside by Boeing to compensate families of the crashes' victims: $50 million. But in an emailed press statement a Boeing rep says he got simply what he was "contractually entitled" to:

"Dennis received the benefits to which he was contractually entitled…We thank Dennis for his nearly 35 years of service."

Muilenburg's four-year stint as CEO, the cap of a career with Boeing that started way back in 1985, has been plagued by accusations of coverups and other forms of wrongdoing that contributed to the two crashes.

Despite cutting off his severance and some of his stock awards, Boeing let Muilenberg go with all the money in his pension and deferred compensation account, described as functionally a massive 401(k) account. Altogether, Muilenburg walks away from Boeing with $62 million worth of pay and pension, plus $18.5 million worth of unexercised stock options. 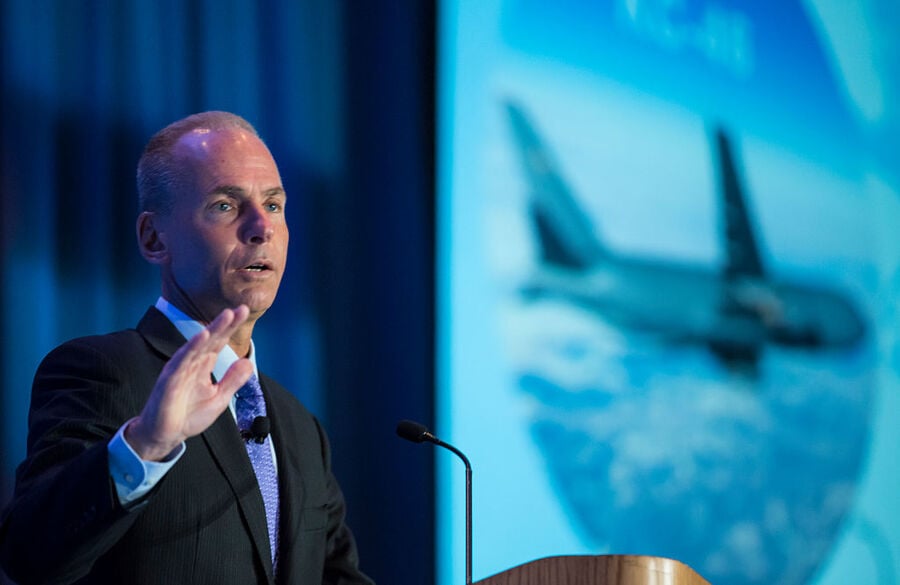 Boeing is also in hot water with the Federal Aviation Authority over its actions involving the 737 MAX. In a recent press release, the FAA proposed a fine for the company: