Billionaire Of The Day: Red McCombs – A True Texas Billionaire

When someone has a name like Billy Joe "Red" McCombs, it's unlikely that he could come from anywhere other than Texas. And since first getting into business as a car salesman, he's stayed put in his home state even as his fortune has grown and grown. Right now, his net worth is right around the $2 billion mark, which might not place him among the richest billionaires in the world, but he's probably not losing too much sleep over it.

It wasn't just cars that contributed to McCombs' fortune, however. He has an unusually diverse array of business interests, ranging from oil to co-founding Clear Channel Communications, cattle, and more, but it's his stake in several professional sports teams that give him the most headlines these days. His business debut in the world of professional sports was in 1972, when the team that would eventually be known as the San Antonio Spurs was leased by McCombs a business partner. The struggling team became such a runaway success that McCombs and his business partner, Angelo Drossos, decided to purchase the team outright, the very next year. After that, he eventually expanded his sporting interest to other states, purchasing the Denver Nuggets, which he owned up until 1985. In 1998, he dipped his feet back into the pro sports game, hanging onto the Minnesota Vikings until just before the start of the 2005 NFL season. 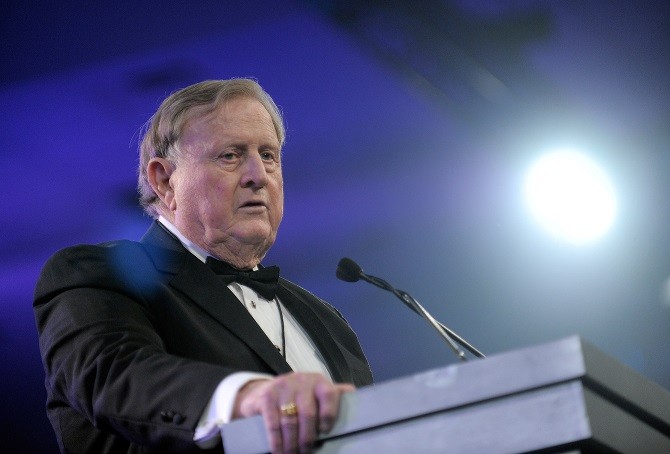 It's Texas sports that have been getting Red McCombs a little bit of media attention as of late, though. In a recent interview, broadcast on SiriusXM NFL Radio, McCombs chimed in on the struggles faced by NFL franchise the Oakland Raiders. The team's current owner Mark Davis has been fielding offers from various cities to become the team's new home should he choose to leave Oakland, and McCombs presented San Antonio as a possible spot. The team's old Los Angeles home will remain the number one choice for now, but during the interview, McCombs is quoted as saying: "If he (Davis) can work things out over there (in California) then fine. If he doesn't, I would just say that we have a package that would fit his team."

Even if he doesn't succeed in bringing the Raiders to San Antonio, Red McCombs has plenty of other Texas sports accomplishments to be proud of – not the least of which is his financial support in bringing Formula One racing to the state's capitol city, Austin. Austin's been home to Circuit of the Americas since 2012, and the Formula One track will host an annual Formula One race until at least 2022, thanks to a 10-year contract, as well as many other events throughout the year.

Philanthropy has also been a significant part of Red McCombs' business life, with the biggest part of his charitable contributions going to his alma mater, the University of Texas. One particularly impressive contribution was made to the school in 2000, when he cut a $50 million check to the university's business school. Now, it's called the McCombs School of Business.