The name "Norman Braman" probably won't be topping any lists of billionaires anytime soon in terms of familiarity or recognizability, but citizens of Philadelphia, PA and Miami, FL are likely to be familiar with him, particularly sports fans and art enthusiasts. Long-time football fans (especially followers of the Philadelphia Eagles) might remember Braman from his stint between the years 1985 and 1994 as owner of the team, along with his brother-in-law Ed Leibowitz.  That stint is made all the more impressive when you find out the incredible fact that as a teenager, Braman served as a waterboy for the very same football team he would later own part of, for eight years.

But nobody's ever actually made a fortune as a football team owner (you pretty much have to be rich already to get into that game), and so it was with Norman Braman, who, unlike a lot of billionaires, wasn't born into wealth and had to launch a career to become one. Instead, he was born to middle-class parents, and his father owned a barbershop – Norman didn't go into the family business, though, instead he worked in various departments at Seagram's Distributors. After that, and just two years after graduating from college, he founded a self-service grocery store chain in Philadelphia, called Keystone Stores. But the feather in Braman's corporate cap, and the one that earned him most of his $1.9 billion personal fortune, has been Braman Motorcars, his auto dealership empire that began in 1972 and now includes over 23 different locations spread out across Florida and Colorado. With estimated annual revenues somewhere over $1.6 billion, Braman Motorcars has been outrageously successful, and has allowed its owner and namesake Norman to follow more traditional billionaire pursuits. 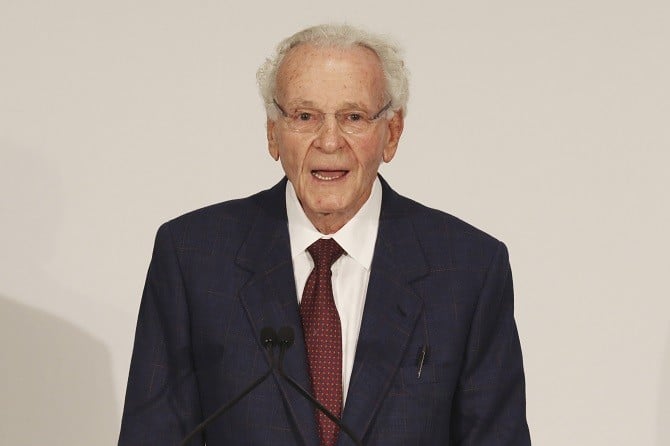 Those pursuits include Norman Braman's love of art collecting, which has dovetailed into his efforts to spearhead the Art Basel Miami exhibition – a hot spot, not just for artists, but also for celebrities and entertainers representing every area of pop culture. Braman has also made a name for himself as a political backer, making headlines recently for his strenuous financial support of Republican hopeful Marco Rubio (he's reportedly pledged anywhere from $10 million to $25 million to the candidate's 2016 presidential run), but his main political passion appears to be centered on something a lot more localized than presidential races. His big cause involves his adopted city of Miami, Florida, and publicly funded sports complexes in the city. More specifically, he's strenuously opposed to the use of tax funds for sports complexes, having successfully blocked at least one in the last few years. Back in 2013, Braman led a campaign against the publicly-funded expansion of the Sun Life Stadium, and is currently enmeshed in a battle against soccer legend David Beckham and his plans to secure public funding in order to build a Major League Soccer stadium in Miami for an upcoming expansion team in the city.

All in all, Norman Braman seems to be pretty well-rounded as billionaires go. He has his successful business, his art collecting hobby, and his high-profile political fights to keep him occupied. Not bad for a career that began as an Eagles Waterboy.