Billionaire Of The Day: Jim Justice – The Richest Regular Guy In America

West Virginia doesn't have very many billionaires. In fact, according to most reports, it's home to only one – Jim Justice, who recently announced his candidacy for governorship of that state. But long before he entered the political world (if he were to win the election, it would be his first time holding public office), he was somewhat famous among West Virginians for his deceptively average and mundane lifestyle. Despite his estimated $1.7 billion net worth and his role as president and/or CEO of about 50 different companies, Justice spends his spare time coaching both the boys and girls Greenbrier East High School basketball teams, and eating out at Applebee's. It was this unusual (for a billionaire) lifestyle that prompted The Washington Post Magazine to profile him under the title "The Richest Regular Guy."

It's not all appetizer platters and high school dribbling for Jim Justice, though. He made his billions in one of the oldest big businesses out there – coal, for which he continues to advocate for, even in today's more environmentally-conscious times. He also has a passion for West Virginia's Greenbrier Resorts, a legendary historic site that had fallen into disrepair and bankruptcy back in 2009. He purchased the entire complex, and also funded its renovation into the five-star resort and vacation destination that it is today. 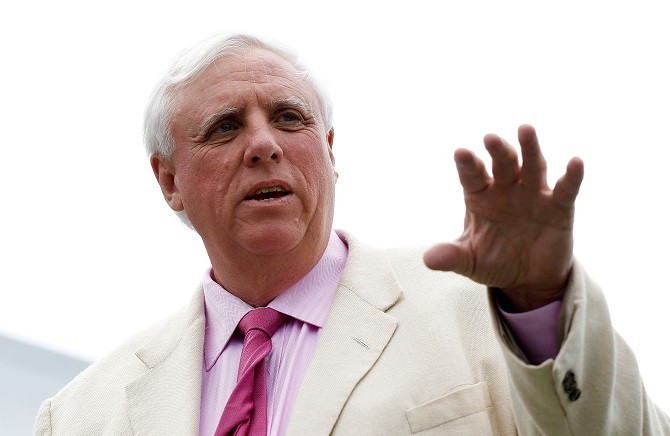 Despite his billion-dollar fortune, the coal business hasn't always been a smooth ride for Jim Justice. He inherited his father's coal company, and as recently as 2014, he's faced a deluge of lawsuits and protests from concerned citizens regarding his business practices, the result being multiple settlements valued at at least a million dollars, as well as fines paid to the government. And those troubles only served to compound the already economically dicey coal industry, which is facing lower prices and decreasing demand all the time. He even had to sell off some of his coal-related assets back in 2009, but he recently made the announcement that he plans to spend $5 million in order to get them back.  But none of these problems were enough to dissuade him from making his first big political move, for which he's promoting himself to the voters of West Virginia as someone who's too rich to be influenced by special interest groups and lobbyists. And his history with the Greenbrier has made him a popular man in West Virginia, as the return to glory for that resort has resulted in an estimated 1600+ jobs coming back to the area, plus the added prestige now associated with the resort, which includes an annual PGA tournament hosted by the Greenbrier, funded to the tune of $6 million a year by Justice.

So clearly, the future has a lot of big things in store for Jim Justice, from the partial return of his coal mining empire to even possibly a term as governor of the state of West Virginia. As his own gubernatorial campaign slogan says, "why not?"