Billionaire Of The Day: George Soros Has Plenty to Give Away

As a group, billionaires tend to be on the conservative side, which perhaps is to be expected of almost any group of people who acquire a lot of money over the course of their lives. But George Soros is different, and he's attained a unique kind of infamy among certain right-leaning people as a result. But it's not just his support of various progressive and liberal causes that makes George Soros a familiar name – his Soros Fund Management is considered by financial experts to be a trailblazer in the field of hedge funds, while simultaneously having broken the mold in terms of giving profits back to charities, liberal causes, and outside investors.

George Soros also isn't your typical billionaire in how he came to earn his fortune. Despite his net worth of over $24 billion and his status as the 29th richest person on the planet, he started out as a broke Hungarian émigré in London, where he worked menial jobs like waiting tables and as a train porter to put himself through the London School of Economics (evidently he sensed a knack for finance even back then). Soros started his first hedge fund in 1969, after he had moved to New York City and Wall Street – it had a relatively paltry $12 million, but it was a big success, and would eventually come to be known as the Quantum Fund. 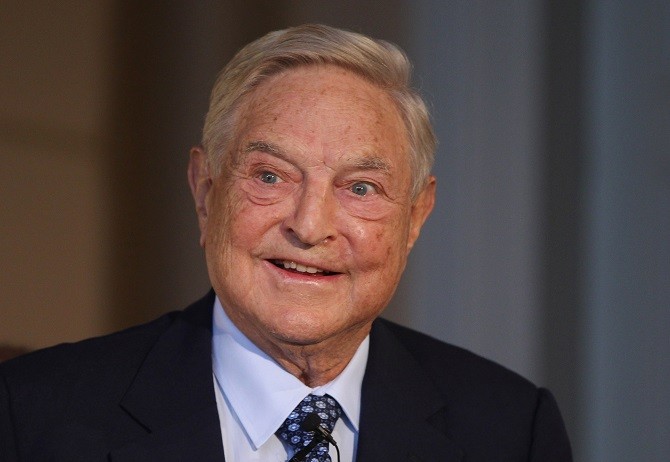 Soros' other most (in)famous financial achievement happened in 1992, when he devised a plan to take a $10 billion short position on the British pound, which earned him US$1 billion. The sale, in addition to fattening his bank account significantly, earned him the nickname "The Man Who Broke the Bank of England." For a hedge fund manager, that's not a bad nickname to have.

George Soros has had a hand in the world of professional sports, as well. Back in 2005, he ruffled some Republican feathers (something he's used to doing on a regular basis) when a financial group he was part of tried to buy the Washington Nationals baseball team. The move failed, but the concept freaked out conservative lawmakers enough that it was mentioned that Major League Baseball's antitrust exemption might have been revoked if Soros had become part-owner of a baseball team. Soros had a more successful experience in soccer, where he currently owns a stake of just under 2% in the Manchester United English soccer team.

Still, it's probably George Soros' philanthropy after he made his fortune that will be the biggest part of his legacy. This aspect of his career began in the 1970s, when he supported anti-apartheid causes in South Africa, and continues to this day – estimates of just how much money he's given away over the course of the last 35 years vary, but they are all in the billions, with some of them cresting over the $10 billion mark. Love him or hate him, you have to admire the kind of billionaire who would give away so much of his fortune to causes he believes in – even if he always seems to manage to stay incredibly rich in the process.