It's a sad stereotype, but billionaires are just not known for their environmentalism. Luckily for the self-esteem of billionaires everywhere (not to mention the environment), Larry Ellison is breaking free of that harmful perception, with a project that's making headlines for improvements he's making to the Hawaiian island of Lanai. There are two other interesting things at play here, which probably explains why a billionaire making environmentally-oriented improvements to a resort he owns is getting so much play in the media. For one, Ellison owns 98% of the entire island, the result of a $300 million purchase he made back in 2012. And it's all but 1% of those holdings that are being closed off to visitors in order for the improvements to be made.

Granted, Lanai is the smallest piece of the Hawaiian Islands that's open to public visitors in the first place, but it's still an impressive feat when an individual manages to close down a whopping 97% of any island, regardless of how small it is. And in doing so, Larry Ellison hopes to make Lanai "the first economically viable, 100% green community." At least, that's what he says he hopes to do, and we just have to trust that he isn't involved in some kind of James Bond villain plot to take over the world from his tiny tropical island stronghold. 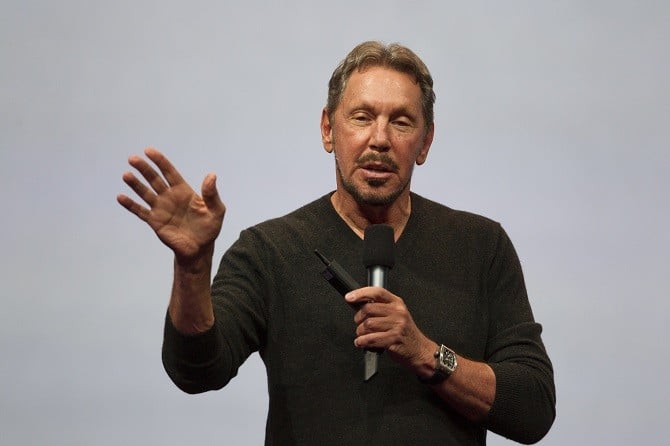 And regardless of its status as the smallest of the open Hawaiian Islands, Lanai is big enough to hold two Four Seasons resorts, both of which are owned by Ellison. There's the Four Seasons Resort Lanai at Manele Bay, which has 201 rooms, and is scheduled to close starting on June 1, 2015, and the Four Seasons Resort Lanai the Lodge at Koele, also the subject of extensive renovations. The plan is for construction workers and other necessary employees to stay at one Four Seasons, while they're working on renovating the other, so it's clearly not a bad time to be a construction professional in Lanai, Hawaii. As for tourists, that thin sliver of available hotel space during the renovation period will be the 11-room Hotel Lanai, owned by – you guessed it – Larry Ellison. 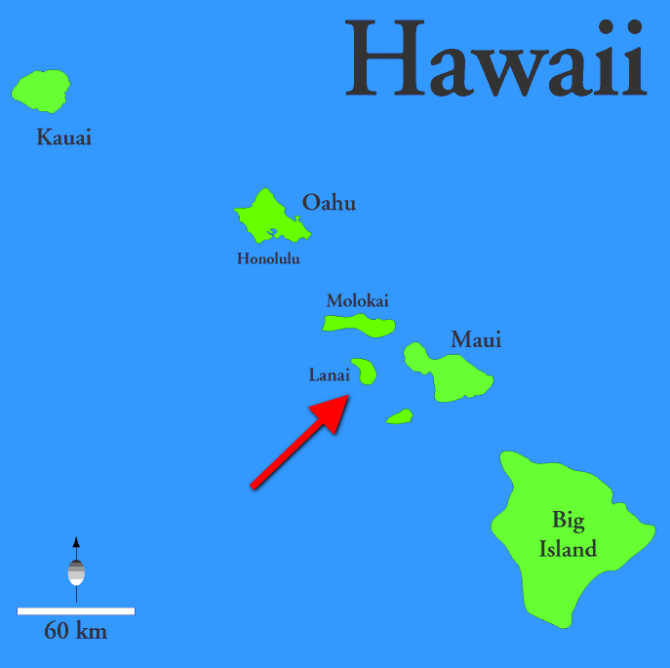 If you're wondering just how Larry Ellison can afford all this, he's pretty wealthy even in the company of other billionaires. His net worth is somewhere in the neighborhood of $54 billion, having made most of his fortune through his software tech company, Oracle. His passion for the environment is probably tied to his love of sailing, which has taken him all the way to an America's Cup victory with his sailing team, Oracle Team USA. If none of that rings a bell, you may be more familiar with his daughter, Megan Ellison, who qualifies as one of the coolest rich people on Earth thanks to her eclectic career as a film producer.

If you had your heart set on a trip to Lanai this summer, you're not completely out of options even if you can't afford a stay in the only hotel in town. Day trips off of the island's closest neighbor Maui will still be on the table, and most of Lanai's shops, golf courses, restaurants, and the like will remain open during the renovation period.