It would be a cliché to say that "money doesn't buy happiness," and it's often a pretty difficult one to believe (especially for people who don't have any money to give it a try). Money can buy a lot of other things, but perhaps most importantly it buys not having to worry about money, which has been one of the number 1 stressors for regular people since the invention of money. So it's easy to assume that rich = happy, but Chinese tech billionaire Jack Ma says he was happier as a young man making just 12 bucks a month than he is as the second richest man in China.

At a recent Economics Club of New York luncheon, Jack Ma referred to his time as an English teacher in his Hangzhou hometown as the "best life I had," despite the fact that he was making microscopic money compared to his later fortunes. That was back in 1988, right after Ma graduated college, and given how often he's talked about this period in nostalgic tones you've got to believe there's something to it, and that maybe there are days when Ma really does wish he wasn't a billionaire. One of Ma's big qualms with membership in the billionaires' club is the "responsibility" that money brings:

"If you have less than $1 million, you know how to spend the money. [At] $1 billion, that's not your money…The money I have today is a responsibility. It's the trust of people on me."

Ma went on to say that as a billionaire, he feels obligated to allocate a certain amount of his financial resources "on behalf of society," which admittedly isn't a problem for someone just barely scraping by from paycheck to paycheck. Maybe Warren Buffett came by Ma's mansion one too many times with a copy of his "Giving Pledge" and the guy finally snapped. To his credit, though, he has acted on that obligation in the past, pledging 0.3 percent of Alibaba Group's annual revenue to the cause of environmental restoration and sustainability – and when you remember just how much money this company is worth, that starts to sound like a lot of money. 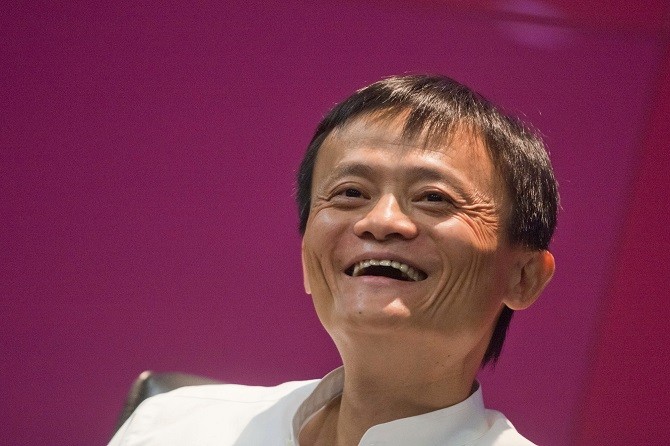 In a previous interview on the subject of Ma's happiness when he was just a broke English teacher compared to his happiness now as the second richest man in China, Ma further demarcated the line where being rich goes from being cool to being a drag. With a million dollars in the bank, according to Ma, you can count yourself "lucky," but if your luck keeps going and that wealth grows to $10 million, that's where your troubles begin.

Of course, we all know that talking the talk and walking the walk are two different things, and following the $25 billion IPO of Jack Ma's Alibaba Group in September, Ma shows no signs of going back to his old $12 a month salary. And even if he did, his net worth of just under $30 billion would still take a lifetime to dwindle down to "not rich" levels, so hopefully he'll find a way to soldier on given the circumstances.