Miners in Sri Lanka have turned up a gem that broke a record for size, and broke the bank in the process. It's a 1,404.49-carat blue star sapphire, the biggest such find ever made, anywhere in the world. As for the gem's value, that's a little trickier than simply weighing a stone, but experts consulted for a CNN piece about it have valued the gem at anywhere from $100 million to $175 million.

Another person who would know how much the stone is worth is its current owner, but he refuses to reveal not only how much he paid to acquire it, but also will not reveal his identity. Here is what he had to say about his acquisition during a recent BBC interview:

"The moment I saw it, I decided to buy. I suspected that it might be the world's largest blue star sapphire. So I took a risk and bought it."

The risk paid off, since the stone, dubbed The Star of Adam (in reference to a story in the Koran about Adam going to Sri Lanka after being banished from The Garden of Eden), did indeed turn out to be the biggest in the world. As for the gem's value, it's even more valuable now than it would have been even just a few years ago, thanks to a surge in demand for star sapphires, after Kate Middleton, the Duchess of Cambridge, made headlines by wearing an engagement ring – formerly worn by Princess Diana – featuring the stone. 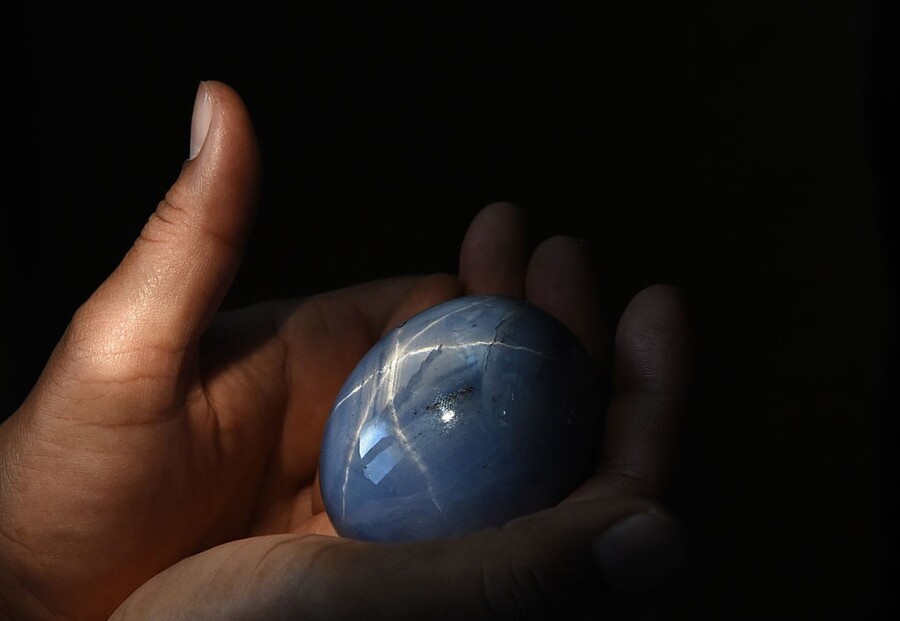 The Star of Adam was first retrieved from the Sri Lankan mine in Ratnapura last August, a fitting place for it to be discovered, given that city's reputation as Sri Lanka's "City of Gems." And the owner doesn't seem to be averse to eventually letting it go (and at least one report has him already asking $300 million for it), characterizing it to journalists as "a priceless museum piece" and making reference to the fact that it's too big to be "set in any kind of jewelry." If you're thinking about purchasing it, you should definitely keep that last bit in mind before you pull the trigger.