Bernie Madoff has to rank among the top two or three most infamous financial hucksters of our time, if for no other reason than A: The retroactively obvious wordplay of his last name ("he 'Madoff' with all my money," etc), and B: The sheer scale and scope of his long-running Ponzi scheme. He took more than 24,000 people over the course of his career in financial misdeed, and after his conviction, the US government set up the Madoff Victim Fund as a way to try and compensate their losses. The government has pledged $4 billion to the fund in total, and CNN Money reports that last week it announced a $772 million payout to the victims.

In a statement, Deputy Attorney General Rod Rosenstein explained where this money is coming from:

"We have recovered billions of dollars from third parties — not Mr. Madoff — and are now returning that money to tens of thousands of victims. This is the largest restoration of forfeited property in history."

And indeed, the money that populates the Madoff Victim Fund isn't taken from Madoff himself, but instead from various seized assets and settlements connected to the massive, tangled spiderweb of the Madoff case. And even the government's pledged $4 billion is only approximately 20 percent of the total sum Madoff is believed to have stolen from investors – that figure comes to around $20 billion altogether. 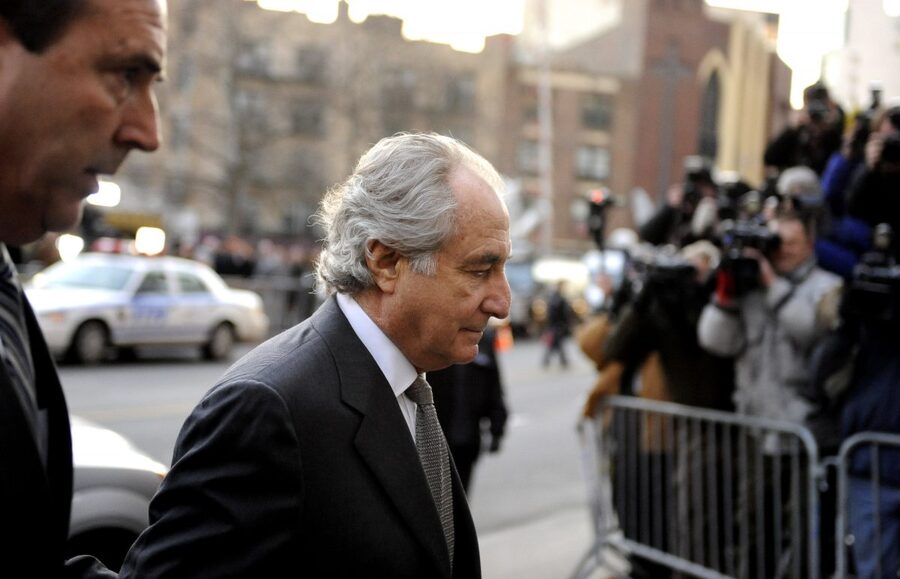 Both the Madoff Victim Fund and the Madoff Recovery Initiative, a private effort towards the same goal, have used money from civil settlements to pay back Madoff's victims. For example, a sum of around $1.7 billion ended up in the Madoff Victim Fund following JPMorgan Chase's agreement to pay that amount as a settlement against allegations it didn't do enough to stop Madoff while he was a customer of the bank. Then there's forfeiture of civil assets, like the $2.2 billion seized from the estate of the late Jeffry Picower, who reportedly benefited the most from Madoff's crimes while he was alive. Seizing alleged criminal assets from individuals who haven't been convicted of a crime is a controversial practice, but one that Rosenstein defended in a recent Wall Street Journal column:

"Not everyone who possesses illegal proceeds can or should be criminally prosecuted. Many criminals transfer ill-gotten gains to relatives or friends, and others use couriers to transport cash. In such cases, civil forfeiture enables the government to recover property when prosecuting the person caught holding it may not be appropriate or feasible."

As for Bernie Madoff, he's currently serving a 150-year prison sentence for his financial crimes.