A fairly well-paid actor, film director, screenwriter, and producer of our age, Benjamin Geza Affleck-Boldt, better known as Ben Affleck, is a California-born entertainer of Scottish descent. A working actor since early childhood, Affleck began working his way up the ladder from very early in life. Now a long way from where he started, just how much has Affleck been raking in from his movie roles over the years? That's an excellent question…

A dramatic film based on actual events, Pearl Harbor is an epic film depicting the events that transpired during the 1941 attack on Pearl Harbor. Exciting and action packed, Affleck was paid $250,000 + 7% backend which ultimately equated to $10 million.

A drama-thriller about a fender bender that escalated into an all-out war between two men, Affleck stars opposite Hollywood heavyweight Samuel L. Jackson in this film. Fairly well received in theaters, Affleck received $10 million for his role in the film.

An action thriller centering on the subject of nuclear war, this film also stars the legendary actor Morgan Freeman. Another film with mixed reviews nevertheless, they didn't affect the sum of his paycheck. Affleck received $10 million for his work in the film.

A comedy-drama with an all-star cast featuring the likes of Liv Tyler, George Carlin, and Will Smith, to name a few, Jersey Girl is a heartwarming family film of sorts. Not his best role, but certainly not his worst, Affleck received $10 million for his role in the film.

A psychological thriller about a tumultuous sham of a relationship, Affleck starred as the manipulated love interest in this film with an unexpected twist ending. Fairly well-received with a bit of a cult following forming in its wake, Affleck also received $10 million for his work in this movie.

An epic flop for all intents and purposes, Daredevil saw Affleck assume the role of notorious comic character "Daredevil," a vigilante superhero of sorts. Although the movie was disappointing to the comic's preexisting fan base, Affleck still received $11.5 million for his work in the film.

A romantic drama about an advertising executive and his new found love interest, Affleck stars alongside Gwyneth Paltrow in this date-friendly film. Entertaining from beginning to end, Affleck received $12.5 million for his work on this film.

The flop heard around the world, Gigli, starring Affleck and his then fiance, Jennifer Lopez. A movie that is rumored to have played a role in ruining their relationship, and nearly ended their careers, this romantic comedy wasn't all it was cracked up to be. Either way, Affleck received another $12.5 million for his role in the film. 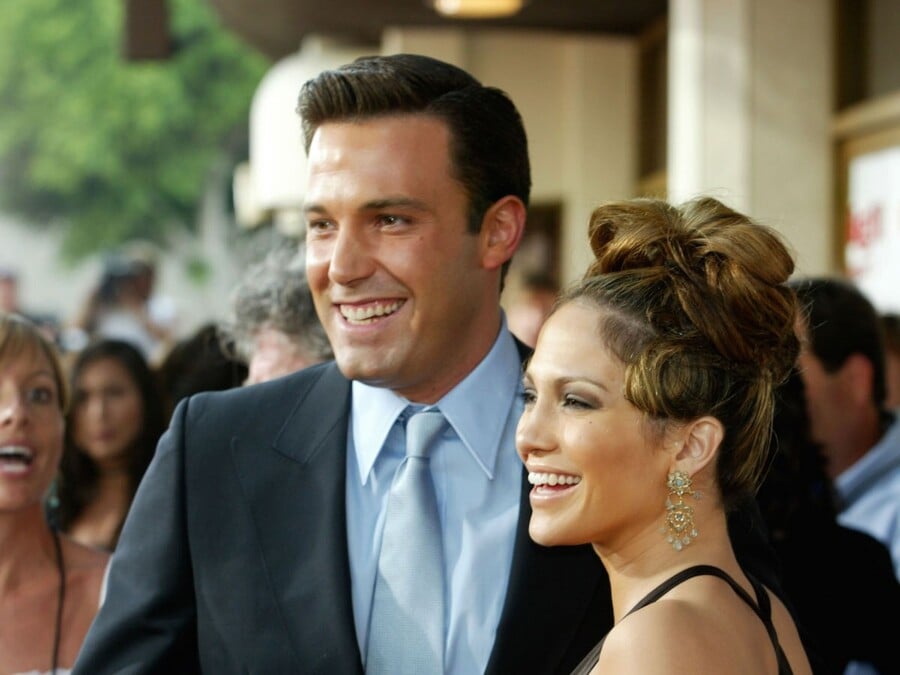 Another superhero-themed film, let's hope this time Affleck lives up to his role as "Batman." The film will be in theaters in 2016, and Affleck has long since been paid his $12.5 million salary.

A sci-fi thriller based on a short story of the same name, in this film, Affleck plays a top-notch reverse engineer paid to uncover the secrets of competitors of large-scale companies, this role seems to suit Affleck perfectly, and it is his highest paid acting role to date – he received $15 million for his role in the film.

With a total gross of $1,861,175,000 for all the films he has acted in thus far, Affleck has come a long way from his first, $30 appearance in Field of Dreams (when he and his buddy, Matt Damon were extras). Now with a net worth of $85 million and counting, will Affleck's next round of paychecks surpass that of his earnings in the first half of his career? We'll find out soon enough…