You Can't Bee Serious: Are Lucrative Bee Heists On The Rise?

Protect your swarm! Police in Great Britain are on the hunt for an experienced beekeeper suspected of stealing 40,000 bees from a hive in Anglesey, Wales.

One expert suggests that the country's rainy summer may have ruined the thief's own honey production and caused him or her to carry out the robbery.

The thousands of bees were pilfered from Paul Williams's hive. Beekeeping is a hobby of Williams and on one of his weekly swarm check-ins, he discovered a hive worth more than $500 and its 30,000-40,000 bees inhabitants were missing. 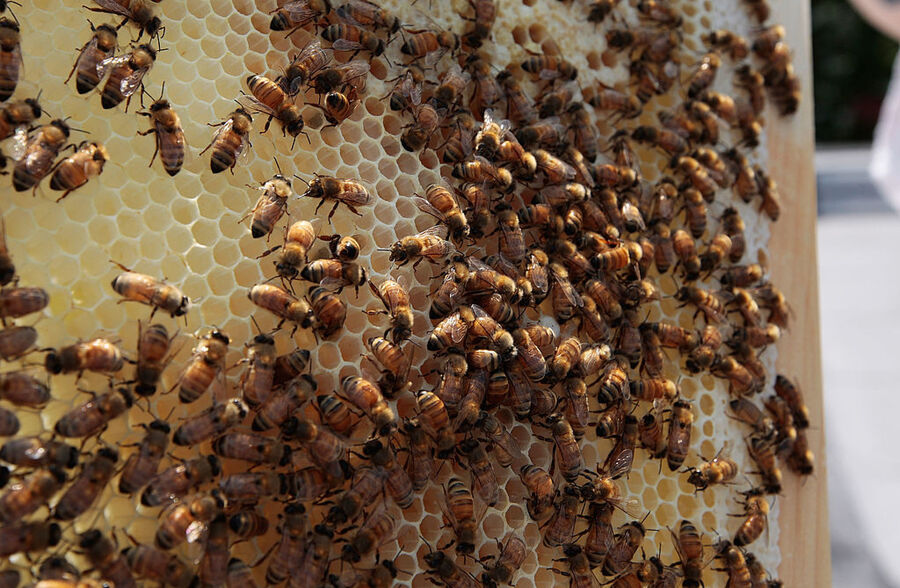 According British Beekeepers Association's Diane Roberts, inclement weather and the increased popularity of beekeeping has also heightened the price of a set of wooden frames plus a family of bees and a queen – known by experts as a "nucleus" – from about $66 to more than $264.

"It is an unusual crime – there aren't that many people who know how to steal bees," explained PC Dewi Evans of the North Wales police. "We believe whoever was responsible must have been wearing a full bee suit, otherwise they would have been stung to smithereens and very badly injured."

So the question remains: Are bee heists on the rise? Two years ago, 45,000 bees were stolen in two separate raids. More recently, another beekeeper is suspected of stealing more than $2,500 worth of bees near Doncaster.

And this thievery is even a problem stateside – billions of bees are needed to pollinate almond and orange crops in California, and criminal organizations have actually been involved in stealing colonies worth millions of dollars and trucking them

Earlier this year, approximately $1 million worth of stolen bees were in a Fresno County field that the local sheriff's department described as a "beehive chop shop."