In a series of private talks, Paul Achleitner, Chairman of Deutsche Bank AG, has offered a number of former board members a unique deal. The company will pay out the unvested portion of their bonuses, but only if they give up claims to payments that were previously withheld by the lender.

Many of the ex-board members have some grievances. There are disagreements over the total number of bonuses that will be forfeited and each individual's share. Achleitner hopes the former executives will help pay for fines the lender suffered due to their past misconduct. The Frankfurt-based lender is also seeking a simultaneous agreement with the former board members. The bank said in a 2015 report that it had decided to suspend bonuses for ten former management board members and one incumbent.

The proposal would see them forgoing bonuses the bank still technically owes them but has suspended. In return, they would not admit to guilt and the bank would lose the ability to file for damages. A large chunk of the bonuses will vest in August, which gives the former executives incentive to reach an agreement before then. 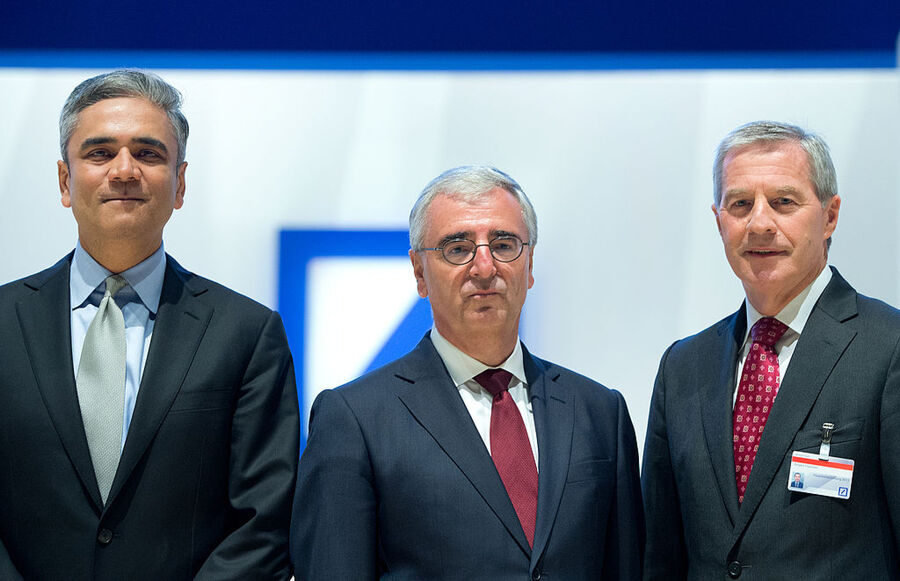 The current management criticizes the former team for putting short-term earnings ahead of long-term interests.  The lender posted two years of losses, partially due to misconduct fines, and recently completed a $7.2 billion settlement with the United States over how it handled mortgage-backed securities before the housing crash in 2008.

During Jain and Fitschen's tenure, the lender was probed for tax evasion, raided by the police, and ordered to pay $2.5 billion for its role in rigging benchmark interest rates.