A lavish penthouse in Sydney, Australia belonging to developer John Boyd, is reportedly attracting interest from buyers from far outside Australia, according to a recent News.com.au report. But if those American buyers actually want to secure the lavish residence, they'll need plenty of money to do it, since it's being listed for some $66 million.

Almost certainly of greater interest for our purposes, are the details of this abode, however. It sits at the top of Sydney's 43-story ANZ Tower, with three of those stories belonging to the penthouse. It measures in at nearly 26,000 square feet, with views of both the Sydney skyline and the nearby harbor described as "magnificent." There's an even more magnificent view from the roof, which will be all the better to enjoy thanks to the rooftop pool.

The formerly "secret" penthouse was first put up for sale back in March, but the difficulties of purchasing such a lavish home, particularly internationally, have resulted in no buyer being found as yet. At the $66 million price, it's the most expensive apartment in all of Australia, and the "sky mansion" has also been called one of the finest homes in all the world. One party said to be interested in the penthouse lives in New York City, and Bill Malouf of LJ Hooker Double Bay explained why even those with the money to afford such a home might find it a little difficult to acquire:

"He said to me this is perfect — I'd love to put it in the family… So I put him in touch with a property lawyer, but unless you've got a trading company or a son or daughter living in the country it's very difficult."

With four bedrooms and five baths, there's no shortage of rapturous praise for its luxury in every facet of its design. Check out the official description from the Christie's International Real Estate YouTube channel:

"An ambitious work of pure genius that took four years to complete, Australia's most prestigious penthouse, 'The Boyd Residence', is the crowning glory of the internationally awarded ANZ Tower in the heart of Sydney's CBD." 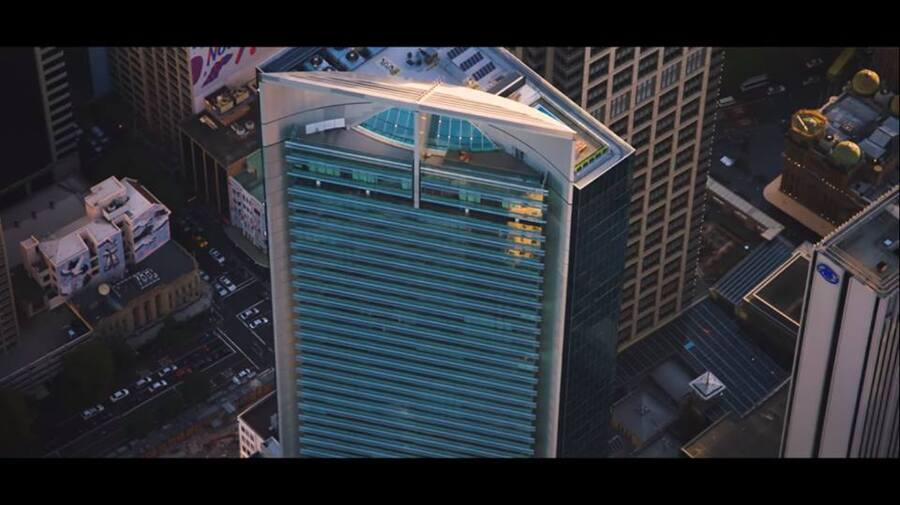 A home like that pretty much has to be seen for itself, which you can do so by checking out the video tour below from Christie's International Real Estate below.