At $4.6 Million, A Luka Doncic Rookie Card Is Now The Most Expensive NBA Trading Card Ever

Luka Doncic of the Dallas Mavericks is one of the biggest rising stars in the NBA, and if you don't believe it, just take a look at the price someone recently paid for a one-of-a-kind rookie card bearing his name and likeness: $4.6 million, which also happens to be the most ever paid for an NBA trading card according to a recent CBS Sports report.

The card "features the NBA logoman catch, which is from a Mavericks jersey that Doncic wore, and a signature in blue ink," all of which make it a unique piece, the only one of its kind with all of these features, which contributed to its record-breaking value. In another interesting point of this card's history, the moment it was pulled out out of its pack (a box of of 2018-19 Panini National Treasures Basketball trading cards) was actually captured live on camera and broadcast on the internet during a live stream from the Layton Sports Card shop located in Altamonte Springs, FL, as you can see in the tweet below:

At $4.6M, that's a new record for the highest price that's ever been paid for a basketball card.

And it was pulled during a live break by @LaytonSports.

'The card was initially bought after its opening by a collector named Bolillo Lajan San, who paid an undisclosed amount for the card (although TMZ has reported he paid over $400,000). Then, he turned around and sold it to another collector, Nick Fiorello, who paid a staggering $4.6 million for the card. That makes it the most valuable basketball card of all time, but also the second most valuable trading card for any sport, second only to a 1952 Topps Mickey Mantle that sold for $5.2 million earlier this year. 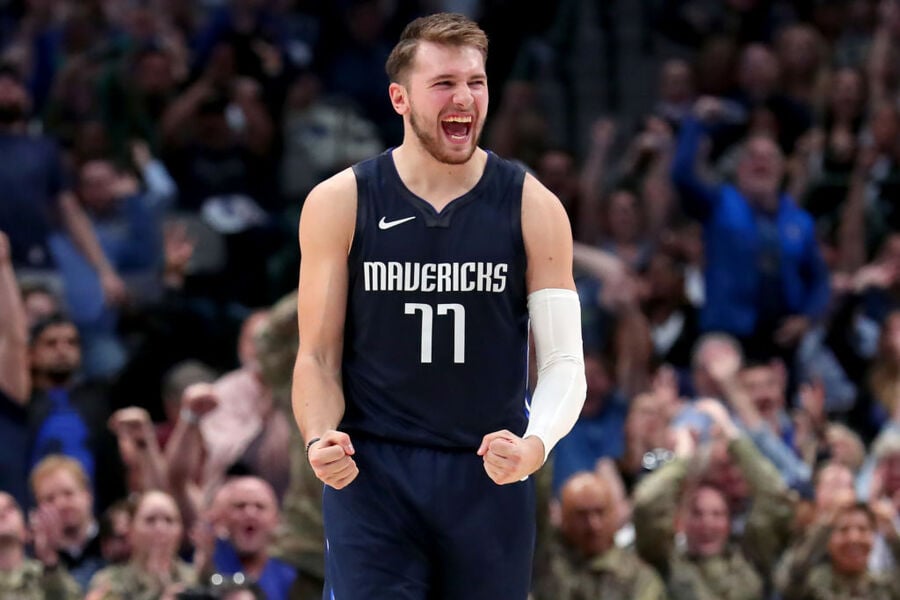 Clearly, the market for premium collector's items in the trading card world is continuing to go up and up, and if Donicic's own star continues to rise you can expect the value of this rookie card to do the same.