Apple's New California HQ Valued At $4.6 Billion, Making It One Of The Most Expensive Buildings On Earth

It only figures that Apple's new corporate compound in Cupertino, CA would have to be one of the most expensive buildings in the world. But now that designation is official, thanks to its completed valuation by Santa Clara County, it comes to a total of $4.6 billion!

David Ginsborg is Santa Clara's deputy assessor, who helped calculate the doughnut-shaped structure's valuation of $4.6 billion. He told The Guardian that the building's custom origins made it difficult to assess:

"I mean, every bit of it is custom…But at the end of the day, it's an office building. And so we were able to put a number on it."

At 2.8 million square feet, that's a lot of custom bits, and it reportedly cost some $5 billion altogether to build. To put that in perspective, the current world's tallest skyscraper, the Burj Kalifa in Dubai, cost just $1.5 billion to build, while Singapore's luxurious Marina Bay Sands cost a more comparable $5.5 billion. It's typical for buildings like this to be valued at figures adjacent to their cost of construction, plus the value of the land itself, according to Santa Clara county assessor Larry Stone.

Stone also says that Apple is now the biggest payer of property tax in the entire county, with a tax bill that comes to 1 percent of the property's assessed value — or about $40 million. But some critics say that Apple should be chipping in more than that to the community considering their massive corporate revenues and the out sized effects big corporate headquarters can have on the already crisis-level housing situation in California. 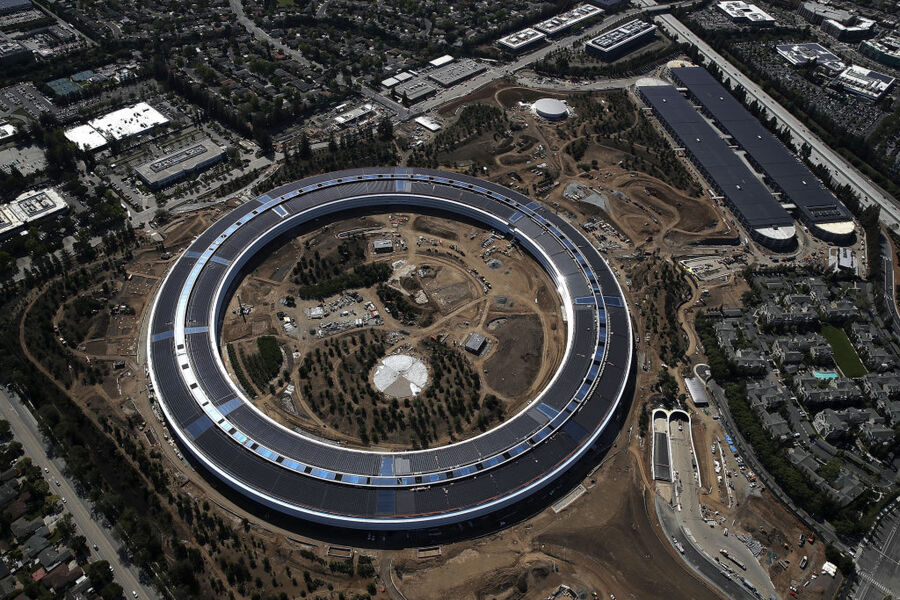 In addition to its property taxes, Apple has put a reported $5.85 million towards an affordable housing fund in the area as part of the agreement with the city to build the HQ, as well as another $75 million towards improving traffic infrastructure in a few cities nearby.