Apple's Market Cap Tops $700 Billion. Is It The Most Valuable Company In History?

Yesterday, Apple Inc. became the first American company in history to have a market cap of $700 billion. As of this writing, Apple is trading at $124 per share. That gives the company a market cap of $722 billion–an increase of 64% over just the last 12 months. So how does Apple stack up against its modern competitors? And is Apple the most valuable company of all time?

By the way, we often report about "market cap" on Celebrity Net Worth, and occasionally people contact us with questions about what that means and how it is calculated. Market cap, or more formally, market capitalization, is calculated by multiplying a company's stock price by the total number of its outstanding shares. As an example, let's consider the (very real?) possibility that CNW becomes a public company. Let's also assume the public offering made 1 million shares available to public investors on an exchange such as the NYSE. If our current price per share is $100, CNW would have a market cap of $100 million, and I, BW, would be very, very happy 🙂

Apple has 5.825 billion shares outstanding. Multiply that number by $124, and you get $722.3 billion. That's a market value of almost two times the #2 company in America–Exxon Mobil. Exxon Mobil has a market cap of $381 billion. To gain an even clearer perspective, consider Berkshire Hathaway which is the third-largest company in the world: it has a market cap of $367 billion. Google is the fourth largest at $365 billion.

When Steve Jobs resigned from Apple in April 2011, a lot of people didn't think the company would survive in his absence under a relatively unknown exec named Tim Cook. Those skeptics were obviously very, very wrong. Today's $722 billion market cap is more than double what it was when Tim took over as CEO. It's getting close to being 3X more valuable than it was just four years ago. So I think it's safe to now give Tim a gold star.

Will Apple Be Worth $1 Trillion Some Day?

Tim Cook (along with Apple investors) certainly hopes so! According to Tim's contract, if Apple ever hits a market cap of $1 trillion, his option package fully vests and will make him a billionaire. In order for Apple to be worth $1 trillion, the stock needs to trade above $172 per share. That's a 38% increase from today's price. 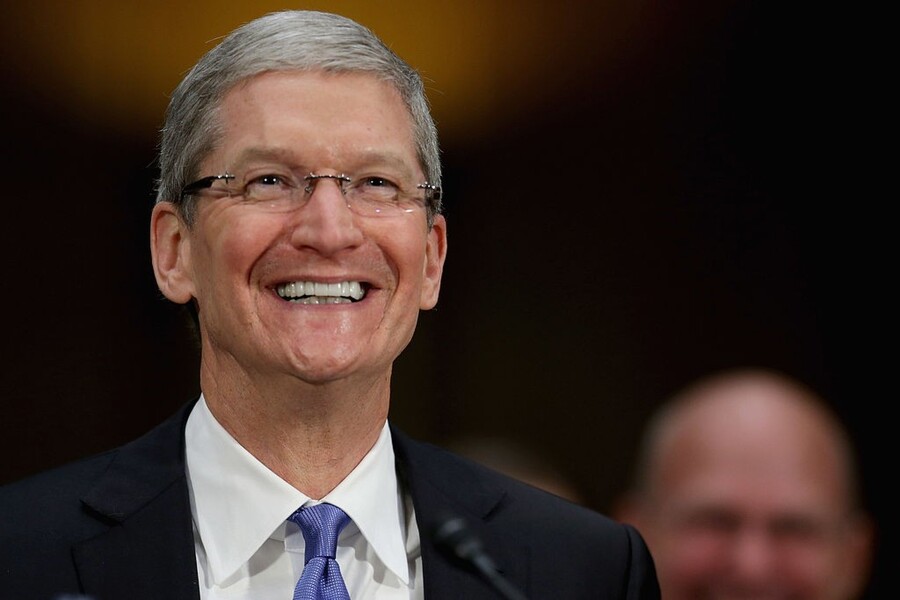 Most Valuable Companies of All Time

On November 5, 2007, a company called Petrochina IPO'd on the Shanghai Stock Exchange. When it first debuted, the company had a market cap of $350 billion. By the end of the first day of trading, the share price roughly tripled, giving Petrochina a market cap of $1 trillion. After adjusting for inflation, that's around $1.137 trillion today.

The previous record for an American company was set by Microsoft in December 1999 at the height of the dotcom bubble. On December 30, MSFT closed at $119.94 per share. At the time, the company had 5,160,024,593 shares outstanding. This meant the company had a a market cap of $618.9 billion. After adjusting for inflation, MSFT was worth the equivalent of $879.5 billion.

Side note: We've excluded state-owned companies in this article because their value is generally hard to determine, since most of them are controlled by a government. Furthermore, their values aren't really a level playing field compared to a typical private entity. The most notable example of a state-owned company is Saudi Aramco. As you might have guessed, Aramco is Saudi Arabia's state-owned petroleum and natural gas conglomerate. Saudi Aramco is privately controlled by one family: The House of Saud. AKA the Saudi Royal Family. The precise market value of Saudi Aramco is impossible to know, but most experts believe it to be in the range of $1-4 trillion. Likely on the lower end of that estimate after oil's precipitous decline of the last three months.

So does this mean that when Petrochina had a $1 trillion market cap it was the most valuable private company in history? Not by a long shot!

By 1669, the Dutch East India Company had 150 ships for trade, 40 warships, a private army of 10,000, and 50,000 employees. The company's success made its original investors unimaginably rich, as the company has boasted a dividend payment of 40%. At the peak of their power in the mid 1600s, accounting records show the company valued itself at 78 million Dutch Guilders. When adjusted in comparison to modern dollars after inflation, that's equal to $7.4 trillion.