If you happen to run into Angela Ahrendts, retail chief at Apple, while you are at lunch or the mall or something, be sure to give her a "keep up the great work" nod, since in 2015, she was once again the highest paid executive at the company. She did this by taking home a total of almost $25.8 million over the course of the year.

Despite her staying at home in this coveted number one spot at Apple, Ahrendts' 2015 haul was significantly lower than her take-home in 2014, which was in the neighborhood of $73.4 million instead. Her exceptionally lucrative year in 2014 can largely be attributed to $37 million worth of stock grants from the company to reimburse her for her stock at her old job at Burberry, as well as some new-hire stock, worth about $33 million. 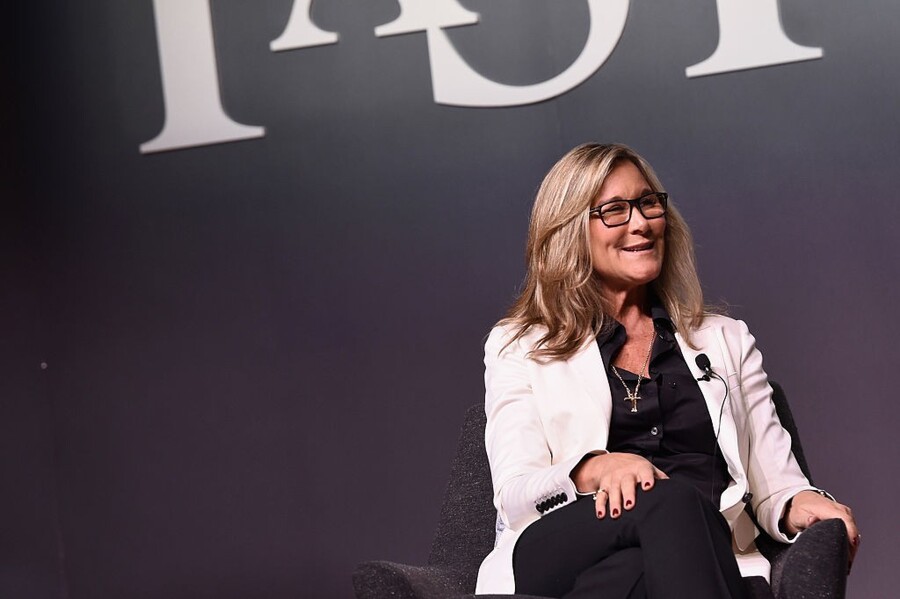 As figures illustrate, a high-ranking executive job at a company like Apple doesn't mean taking home a simple base salary and a few stray benefits, a trend that continued for Ahrendts all through 2015. Her $25.8 million take-home pay in 2015 included a base salary of just $1 million, with the rest coming from a stock grant worth $20 million, a bonus worth $4 million, and a relocation expense package valued at $474,981.

As for Ahrendts' corporate cohorts at Apple, the company's head of internet software, Eddy Cue, and Chief Financial Officer, Luca Maestri, both took home comparable sums at $25 million and $25.3 million, respectively. Somewhat surprisingly, the bottom of the Apple corporate earnings totem pole in 2015 was held up by CEO Tim Cook, who brought home a relatively modest $10.3 million last year. Don't feel too bad for Cook, though, he's got Apple stock worth well over half a billion dollars when it reaches its maximum potential value in the next five years – plus, he's planning to give almost all of his money away, anyway.