Recent SEC filings from Apple reveal that the state of CEO Tim Cook's pay over the course of 2019 was healthy to say the least, at a total of more than $125 million. But, as a recent CNBC report pointed out, that's less than what he made in 2018. That's due to the fact that Apple didn't meet certain financial benchmarks that would have triggered additional bonuses for Cook compared to the previous year. His base salary, $3 million, was unchanged compared to 2018, but his bonus for the year was just $7.67 million compared to the $12 million he made in 2018.

Of course, Cook's salary and bonus make up a relative pittance compared to the source of most of his compensation: the vesting of his shares in Apple. This accounted for $113.5 million paid out to Cook in 2019 for his work as Apple CEO – not bad, but when you add in the salary and bonuses, his total pay was about eight percent less than the $136 million he reportedly made the year before. 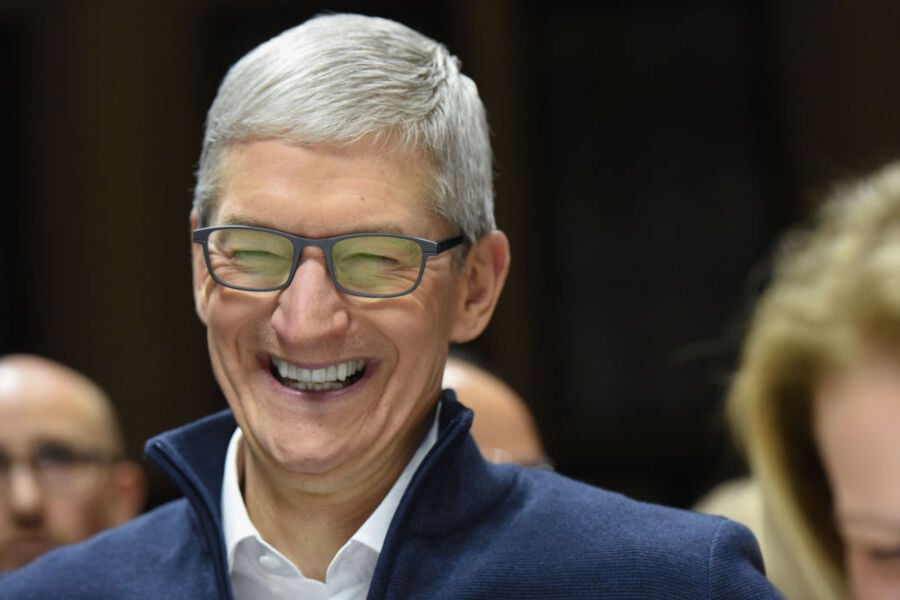 Cook's not the only Apple exec that saw his bonus drop in 2019. Apple's Chief Financial Officer Luca Maestri, its Chief Operating Officer Jeff Williams, and its general counsel Kate Adams all got bonuses worth $2.6 million, a drop of $1.4 million compared to those they received in 2018.

Interestingly, the drop in Cook's bonus comes despite Apple having in fact exceeded its sales targets, based on a complex set of factors from various corners of the world's economy, for 2019. But since the company didn't exceed them by as much as it would have had to in order to maximize the bonus, Cook's bonus was a little bit thinner.