Like something out of Skyline Cruisers, a collection of thieves broke into a London warehouse and absconded with $2.5 million worth of stolen swag last month, according to a recent Guardian report. But it wasn't jewels or cash that the thieves got away with, but antique books – a more literal illustration of the phrase "literary theft" than the usual plagiarism or intellectual property scandal.

The group, thought by police to be three in number, used glass cutters and rapel gear to bust into the warehouse from 40 feet above the floor. Once on solid ground, they're said to have pried open only six crates, leaving all the other boxes intact, leading some to speculate that they had some manner of inside help in knowing what to steal and where it was located within the warehouse. That group includes Chris Marinello, CEO of Art Recovery International:

"I think this was more likely similar to the Lufthansa heist in 'Goodfellas,' where somebody had inside information that they were being kept in a warehouse and were particularly valuable. Then someone allowed that information to leak out, and criminals took advantage." 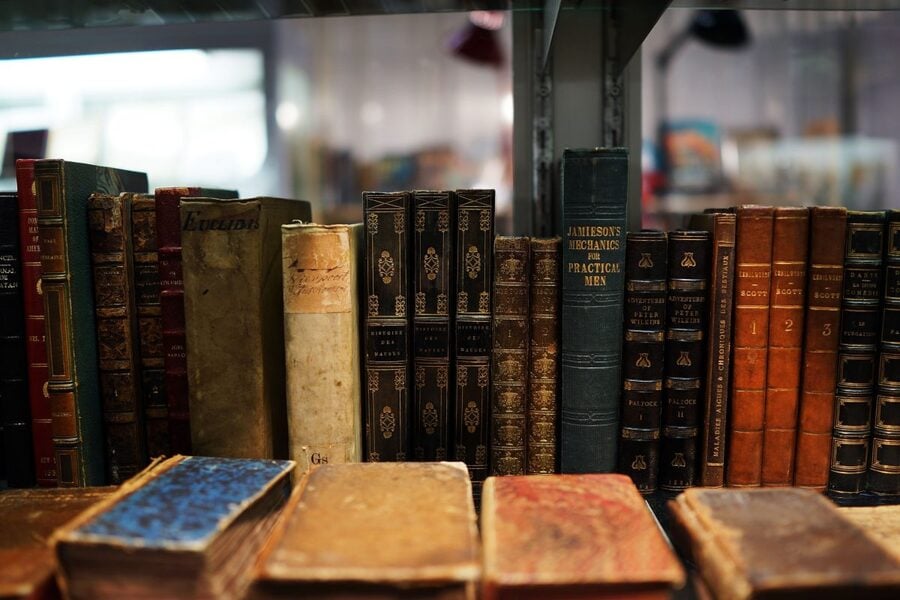 All of the books targeted were slated to be shipped to Oakland for the California International Antiquarian Book Fair, which explains how so many valuable eggs ended up in the same basket, to put it in cool Elmore Leonard crime slang. The most valuable jewel of the heist was a 1566 copy of De Revolutionibus Orbium Coelestium, the work in which Nicolaus Copernicus posited his theory that the Earth was actually revolving around the sun. That book alone is estimated to be worth about $268,000, and it was joined by ultra-rare antique copies of The Divine Comedy and works by Newton and da Vinci. If you're wondering just what these thieves intend to do with these rare books, you're not alone, as an anonymous source quoted in The Guardian shed some light on the complications involved in the theft of rare or valuable books:

"They would be impossible to sell to any reputable dealer or auction hous. We're not talking Picassos or Rembrandts or even gold bars — these books would be impossible to fence…. There must be a collector behind it. The books belong to three different dealers working at the very top of the market and altogether they form a fantastic collection."

As of this writing, the thieves have yet to be caught, and the police have not released any list of suspects, and if the books were indeed stolen at the behest of a wealthy private collector they may never be caught. Now if you'll excuse me, I'm going to go watch that movie The Book Thief, and I will be extremely disappointed if it's not like this story in movie form.