I've never had a heart-to-heart with anyone who became an anti-corruption officer, but I imagine one of the most exciting parts of that job is when you find a huge raft of cash that nobody who's up to any good would have in their home. If my imagination happens to be correct, anti-corruption cops in Nigeria were just given a reminder of why they signed up in the first place, as CNN reports that $43 million in cold, hard American cash was found in an apartment in Lagos.

Nigeria's finance minister created new policies to aid whistleblowers in December, and since anonymous tipsters are now entitled to up to five percent of recovered public funds found to have been stolen, more than $180 billion has been recovered (and that figure comes from February, so it doesn't include this $43 million or any other more recent recoveries). This particular cache was discovered after just such a tipster noticed a "haggard" woman wearing "dirty clothes" carrying bags in an out of the apartment, an unusual sight given its superficially upscale surroundings, according to a statement by the Nigerian anti-corruption unit itself. 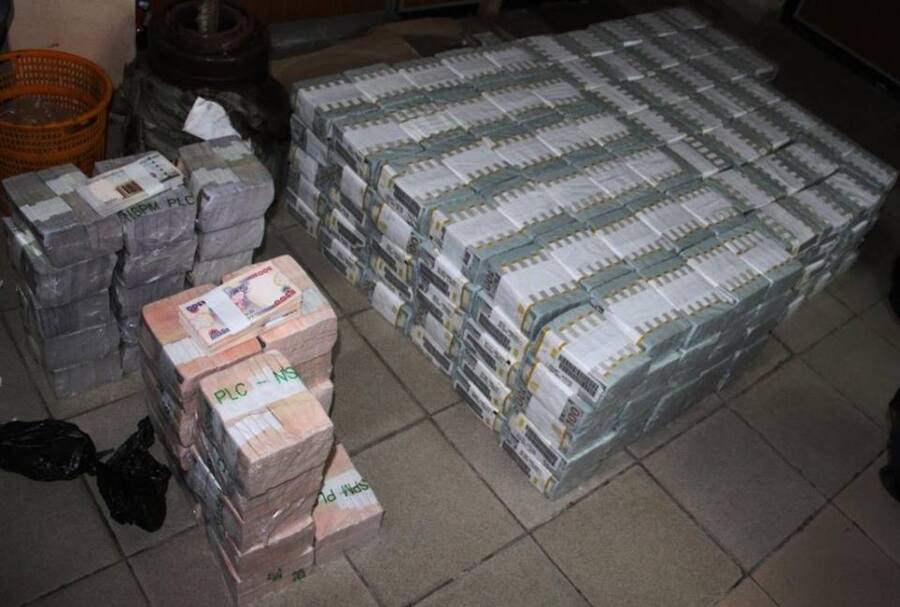 In addition to the American cash, the cops also found 23.2 million naira (Nigerian currency, altogether worth about $75,000 American) and £27,800 ($35,000), said to be "neatly arranged" in cabinets located in a secret compartment behind wood paneling. The cash is stated to be "suspected to be proceeds of unlawful activity" – go figure – but no arrests have been reported as of this writing.

Only days before this discovery was made, the same Nigerian anti-corruption agency recovered 250 million naira ($817,000) in a market in Lagos as well as another 448 million naira ($1.5 million) hidden within a shopping center.