How much does an animator make? Animators earn an excellent salary for their artistic endeavors. Multimedia artists and animators create animation, special effects, and other visual images on video, on film, or with electronic media or computers. Animators use other media and electronic tools for use in creations or products such as movies, music videos, computer games, and commercials. 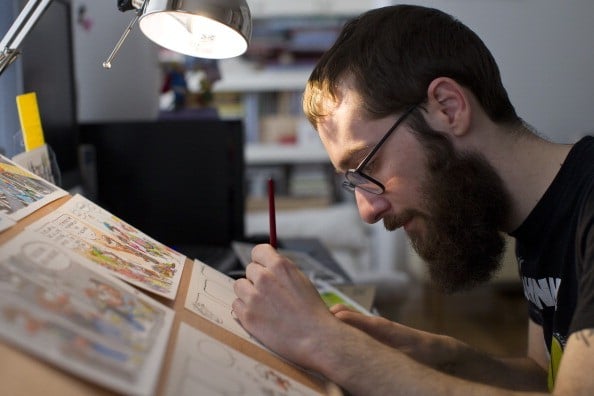 Make objects or characters appear lifelike by manipulating light, color, texture, shadow, and transparency, and/or manipulating static images to give the illusion of motion.

*Apply story development, directing, cinematography, and editing to animation to create storyboards that show the flow of the animation and map out key scenes and characters.

*Create pen-and-paper images to be scanned, edited, colored, textured or animated by computer.

*Use models to simulate the behavior of animated objects in the finished sequence.

*Create and install special effects as required by the script, mixing chemicals and fabricating needed parts from wood, metal, plaster, and clay.

*Participate in design and production of multimedia campaigns, handling budgeting and scheduling, and assisting with such responsibilities as production coordination, background design and progress tracking.

Employment of artists such as animators and related workers will grow 12 percent through 2018, as fast as the average for all occupations. Job growth will increase due to a reliance on the need for artists to create digital or multimedia artwork.

How much does an animator make per hour?

A May 2009 Bureau of Labor Statistics report shows the median hourly wages for animators was $30.20.

How much does an animator make per year?

The median yearly salary for animators according to a May 2009 Bureau of Labor Statistics report was $62,810.