Pop artist Andy Warhol was famous for exploring the similarities between mass-produced plastic "junk" and fine art, coming to the ultimate conclusion that the two aren't so different after all. But before he started developing the silkscreen painting process he made famous, he was asked by a friend to paint the thing he loved the most. He came back with the painting known as One Dollar Bill, a piece that recently fetched more than $30 million on the auction block at Sotheby's in London.

The painting was part of a slate of pieces sold by Sotheby's on Tuesday, during which One Dollar Bill, as well as works by other artists like Francis Bacon and Lucien Freud were sold for an impressive sum of almost $203 million. 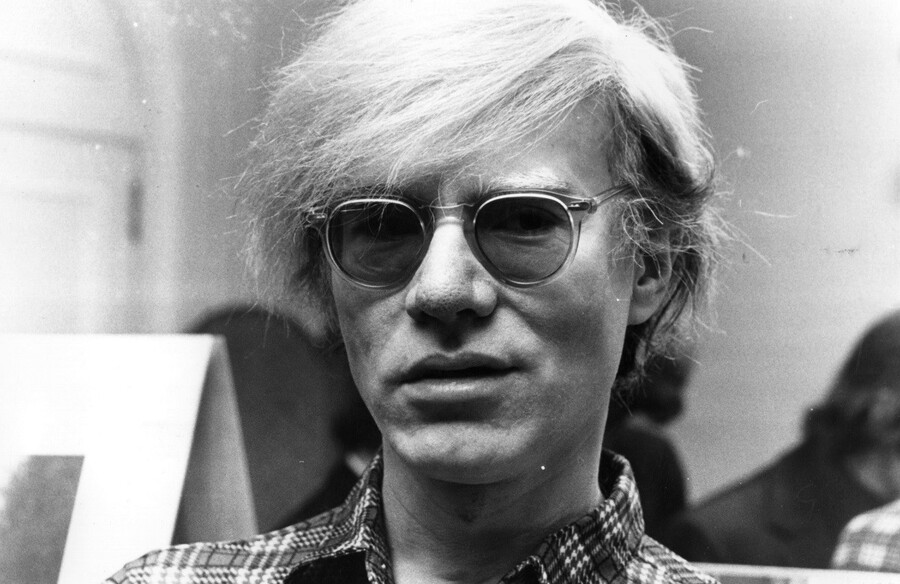 As you might well imagine, following such a successful (not to mention lucrative) night for Sotheby's, the auction house's head of contemporary art, Alex Branczik, was pretty excited. Here he is:

"We reached new heights at Sotheby's tonight with the highest total we've ever achieved for contemporary art in London. Bidders from across the globe were drawn to Warhol works that ripped up the rule book for 20th-century art; rediscovered Francis Bacon gems; and some of the greatest works by British artists of the last 70 years. Tonight's achievements affirm the pivotal position of London within the international art market."

All in all (and including One Dollar Bill), a total of 49 lots found new homes following the auction. The total figure in sales came to £130,376,500, which was a record-breaking sum for a single art auction – the previous record of £123.5 million was set only earlier this year, which indicates that the fine art market is thriving like never before. One reason for the surge in earnings from this particular auction was the fact that of all the pieces being auctioned, only 22 percent had been available for auction previously – clearly, the shock of the new took its toll on the bidders at Sotheby's in London on Tuesday night. 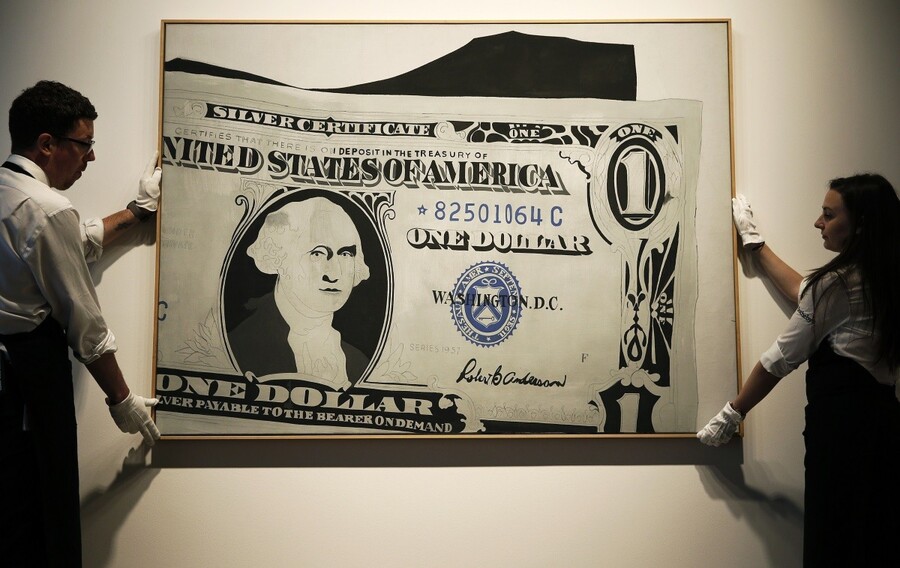 The irony of a painting of a one dollar bill being sold for such an outrageous sum probably wouldn't be lost on Andy Warhol, or anyone else for that matter. That irony could have perhaps contributed to the painting's eventual auction price, which was significantly higher than what analysts expected the painting to go for in the period leading up to the auction. Maybe the individual who ended up purchasing the painting couldn't pass up the prospect of paying out the English equivalent of so many of what the painting itself represents – or maybe he or she is too rich to have even thought about it.