Andrew Yang's Non-Profit Org Is Giving Away $500,000 For UBI Experiment

It was the signature policy proposal of Andrew Yang's recently suspended presidential campaign: the "Freedom Dividend," a $1,000 monthly stipend delivered to every American citizen as a way to offset the continued effects of automation and other technological advances on the economy. It's a policy that falls under the category of Universal Basic Income, which is gaining more and more popularity among policymakers and businesspeople, and now Yang is continuing the research into UBI through his recently established non-profit organization, which is going to give away half a million dollars to study the effects that UBI could have on people's lives.

Yang's organization is called Humanity Forward, and its official mission statement is to "build the movement to rewrite the rules of our economy and society to make it work for us, the people, and create a human-centered America." CNBC reports that one of its first projects towards that goal will be to give $500,000 to the residents of an as-yet-to-be-named New York state town, as a way to illustrate the benefits of such a program nationwide. 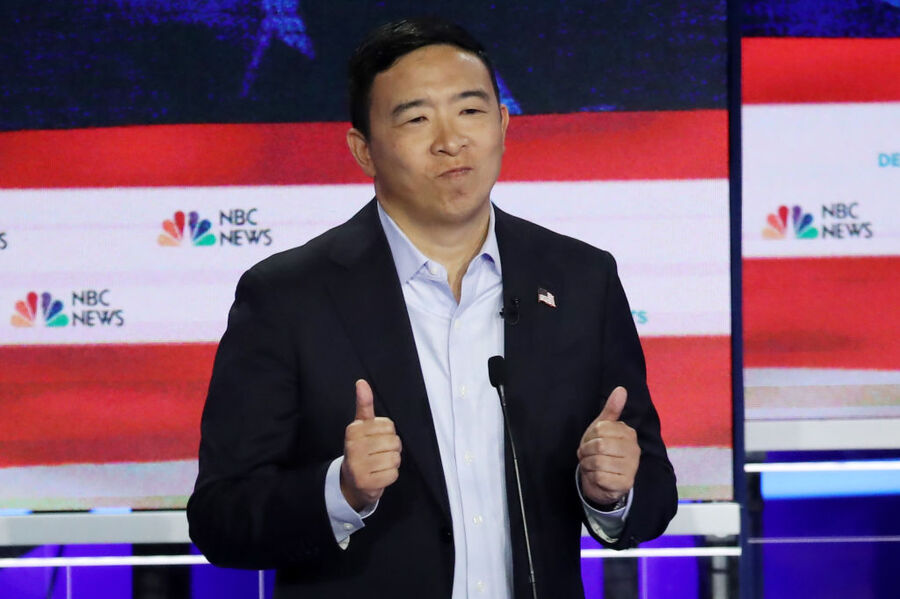 The UBI pilot program will be just one way that Humanity Forward will seek to demonstrate how some of Yang's ideas (mainly UBI) work when actually implemented. This will include financial support for other political candidates who are in favor of UBI, and engaging "young people and the economically marginalized" in political campaigns. Finally, there are plans for a "long-form" podcast about the organization's work, featuring celebrity guests as well as "regular Americans."

In the press statement announcing the program, Yang said that he'll personally pledge $1,000 per month to one recipient for a year, but it's not known whether that will be part of the UBI pilot program or in addition to it. And Yang also says that he has some well known figures supporting the project, like comedians Dave Chappelle and Ken Jeong and actress Teri Hatcher. So it's a safe bet you'll be hearing more about this concept as time goes on.