Americans Throw Away Almost $62 Million In Loose Change Every Year

Outside of Philadelphia, there's a company called Covanta Holding Corp that's focused on generating electrical power out of burning trash. In that line of work, you're bound to come across some loose change, but a new Bloomberg story tells the tale of exactly how much loose change gets thrown away in Philadelphia and across the rest of the United States, and it's probably a lot more than you think.

According to Covanta's own estimation, people in the United States throw away about $61.8 million in loose change, presumably by accident. How this happens varies, but some of the most common scenarios include discarded coins getting swept off of restaurant tables, emptied out of people's pockets, and vacuumed up off the floor or out of couch cushions and thrown away with the dust and dirt. Back in the old days, those pennies, nickels, dimes, and so on would go completely to waste at the city dump, but as volume goes up and space down, companies like Covanta have greater and greater incentives to try and filter out valuable metals like steel, aluminum, iron, and copper to sell off. That naturally includes coins, and it's the hope of Covanta to try and capitalize on all that loose change getting thrown away without its rightful owners even knowing it's missing. 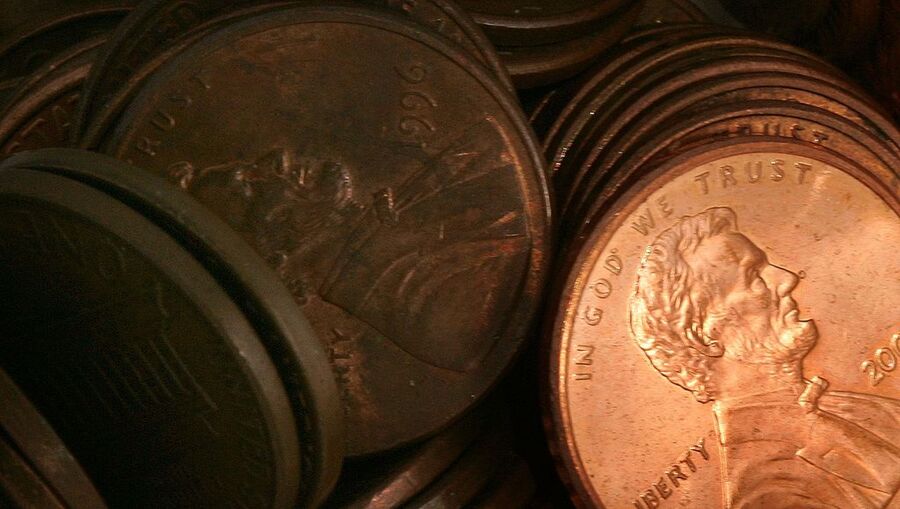 To that end, Covanta invested about $70 million in equipment like powerful magnets in 2011 (not a bad investment, considering how much change people are throwing away). Over the course of five years, the company was able to recover over two million tons of discarded metal using the equipment, and last year they made $61 million selling the metal off to the recyclers. But the coin-selling component of the operation was suspended last year, after the government cracked down on the practice in order to combat counterfeit coins. So for now, they're keeping all the coins they get their hands on, waiting for the US Mint to start buying them again. In the meantime, they have to content themselves with the monetary value of discarded metal, non-legal-tender tokens, and even "the occasional diamond ring."

Unless you have access to huge quantities of trash, though, it's unlikely you can make a business out of that $61.8 million in loose change getting thrown away every year. But if the coin resale program is restored on its old terms, a pound of nickels will once more be worth $4.54 from the US Mint, while dimes and quarters go for $19.84 a pound. And if you can't stop throwing away loose change despite yourself, try to at least keep track of your diamond rings.