Tis the season for Christmas miracles! As you may have have read on CNW last week, NFL wide received Andre Johnson recently took a group of underprivileged Houston kids to a local toy store where he let them run wild for 80 seconds (in reference to his jersey number). During those 80 seconds, the kids could grab any toys they wanted and every kid was guaranteed a video game console of their choice. At the end of the spree, Andre picked up the entire tab… to the tune of $16,200. It's the eighth year in a row he's performed this miracle. But that's not the only toy-related miracle that has occurred this holiday season. In fact, a woman in Bellingham, Massachusetts just raised the miracle bar in an awesome way…

Earlier this week, a Toys R Us in Bellingham, Massachusetts received an usual request from a "bubbly older woman" who looking to help out local struggling families. More specifically, the woman was interested to know how many toys at the store were being held on layaway. 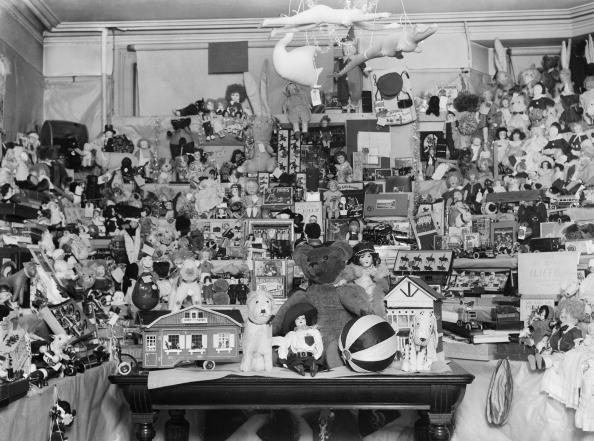 For those of you who don't know, "layaway" is when you buy something at a store but pay for it in installments. You typically pay a small service fee and potentially a little bit of interest. You do not get to pick up the item you've purchased until the balance has been paid off completely. Layaway was popular decades ago for Americans in all income brackets, especially when basic appliances like refrigerators and washing machines were beyond the normal budget and credit cards didn't exist. Today, layaway is more commonly used by lower-income families who might be strapped for cash and credit.

Toys R Us has a particularly commendable layaway program. Other than a small service fee, Toys R Us charges no interest and the initial down payment is just 10% of the item's total purchase price. They also give people 90 days to payoff the balance, or they return whatever money has been received.

As you might imagine, this program is particularly attractive for people looking to buy their kids a Christmas present that they otherwise might not be able to afford.

Ok, back to our hero in Massachusetts.

According to the store manager, the bubbly older woman wanted to know the total balance of toys that were currently being held on layaway. She then shocked the manager by plunking down her credit card and offering to pay off the entire outstanding balance.

This random act of kindness paid off a little more than $20,000 worth of layaway toys for approximately 150 families.

One of the beneficiaries of this miracle was a single mom named Linda. Linda told a local paper that she only had $9 when she went shopping for her two boys last month. Here's Linda's reaction when she found out that her layaway balance had been paid off by a mystery miracle woman:

"I thought, 'You have to be kidding me.' I almost wanted to cry. It was only $50, but to me that's a lot of money, and that someone would go and do that gave me chills. What she did was so caring and thoughtful. I feel like I was part of something special – touched by an angel."

Does it get any better than that? According to the store manager, the mystery miracle woman explained her act of kindness by saying: "If you have it, give it." She also reportedly said that knowing the layaway balances were paid off "would help her sleep better at night."

What an angel! I hope more Christmas miracles like that will start popping up all over! And I hope this mystery woman has the best Christmas ever!