Airlines Are Not Happy About The Billionaire Space Race

Elon Musk and Jeff Bezos are two of the most prominent figures in what has become known as the "billionaire space race," in which titans of industry are locked in competition to see who will successfully conquer (or at least visit) their corners of the space around Earth first as the world watches on – and hopes to reap at least some of the benefits. It's an exciting concept, at least on the surface, but it's causing a lot of inconveniences for America's airlines. Bloomberg recently reported on some pertinent Federal Aviation Administration data released by the Air Line Pilots Association that illustrates just one recent example of the problems space exploration efforts can cause the air travel industry.

A launch by Elon Musk's SpaceX in February was the biggest in the company's history, but the report mentioned above states that it also caused 563 flights to be delayed and 62 additional miles to be stacked onto flights in the southeast region. Right now, most of the burgeoning space industry's launch activity is focused on the historically spaced out Cape Canaveral in Florida, but that's only one of 22 launch sites currently active in the United States, with Brownsville, Texas; Watkins, Colorado; and Camden County, Georgia looking to get in on the action as well. So it's obvious that this conflict between space travel and conventional air travel is only going to get more heated as time goes on. 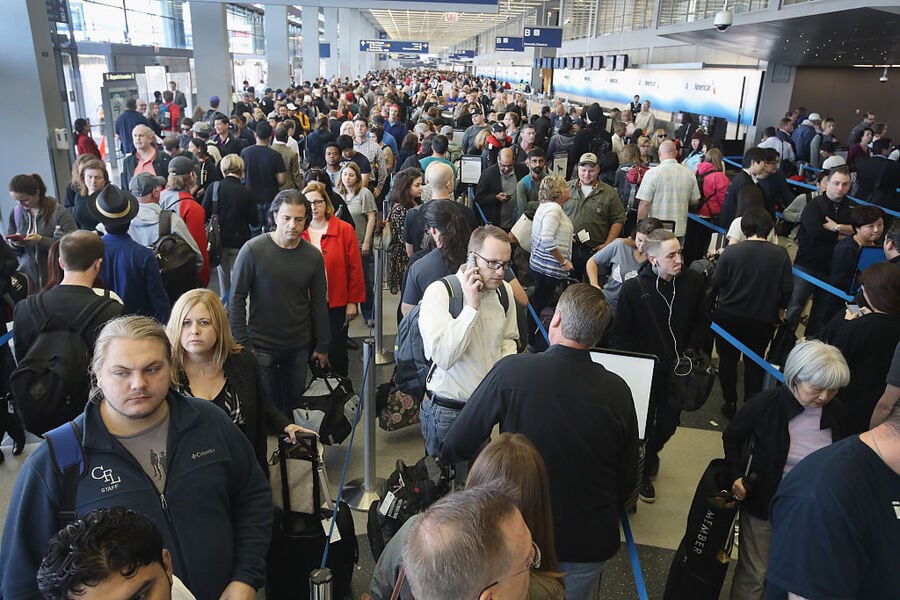 As you might imagine, as the problem grows, the expense incurred by airlines will grow as well. "Block time" is an airline industry term for the time an airplane spends either in the air or taxiing on the runway, and in 2017 the average cost of block time came to  $68.48 per minute, or $4,109 an hour, so you can see how even otherwise slight delays in airline schedules due to increasingly frequent rocket launches can get incredibly expensive.

But space industry spokespeople seem to be optimistic that some kind of mutually beneficial arrangement can be reached. Audrey Powers is deputy general counsel for Jeff Bezos' Blue Origin company, and she recently testified at a House Transportation and Infrastructure subcommittee hearing that the conflict is "a very solvable problem." But it remains to be seen exactly how it will be solved.