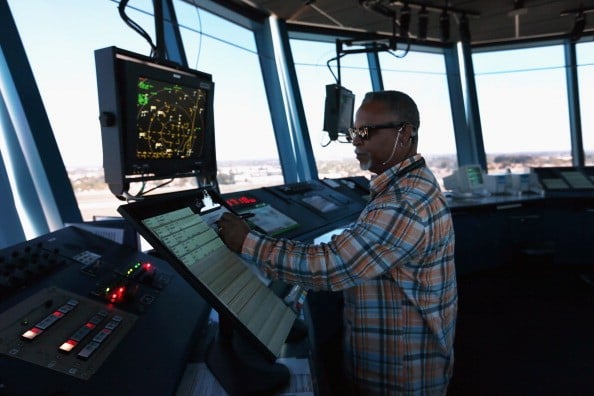 How much does an air traffic controller make? Joe Raedle/Getty Images

*Alert airport emergency services in cases of emergency and when aircraft are experiencing difficulties.

*Check conditions and traffic at different altitudes in response to pilots' requests for altitude changes.

*Analyze factors such as weather reports, fuel requirements, and maps in order to determine air routes.

*Contact pilots by radio to provide meteorological, navigational, and other information.

*Organize flight plans and traffic management plans to prepare for planes about to enter assigned airspace.

*Direct pilots to runways when space is available, or direct them to maintain a traffic pattern until there is space for them to land.

*Determine the timing and procedures for flight vector changes.

*Inform pilots about nearby planes as well as potentially hazardous conditions such as weather, speed and direction of wind, and visibility problems.

*Monitor and direct the movement of aircraft within an assigned air space and on the ground at airports to minimize delays and maximize safety.

*Provide flight path changes or directions to emergency landing fields for pilots traveling in bad weather or in emergency situations.

Air traffic controllers are employed by the Federal Aviation Administration (FAA), an agency of the Federal Government. A person must pass a pre-employment test; complete an FAA-approved education program; meet the basic qualification requirements in accordance with Federal law; receive a school recommendation; and achieve a qualifying score on the FAA-authorized pre-employment test in order to ecome an air traffic controller. A medical exam, drug screening, and security clearance is required before hiring.

How much does an air traffic controller make per hour?

A May 2009 Bureau of Labor Statistics report shows the median hourly wages for air traffic controllers was $51.44.

How much does an air traffic controller make per year?

The median yearly salary for air traffic controllers according to a May 2009 Bureau of Labor Statistics report was $106,990.