After Selling Two Large Tanzanite Gemstones, This Tanzanian Miner Is An Overnight Millionaire

Saniniu Laizer is a miner in Tanzania who has done what everyone in his profession wants to do: strike (metaphorical) gold and get rich quick. CNBC reports that after mining two of the largest Tanzanite gemstones ever found in the region, Laizer has sold the gems for 7.7 billion Tanzanian shillings – or about $3.4 million in American dollars.

Weighing in at 9.2kg and 5.8kg, the stones were mined by Laizer about a week before he sold them at a trading event in Manyara. As for what he intends to do as a new millionaire (and, in his own country's currency, a billionaire), Laizer told the BBC about some of his big plans, which include a shopping mall and a school all in his hometown of Simanjiro in Manyara. He went on:

"I want to build this school near my home…There are many poor people around here who can't afford to take their children to school…I am not educated but I like things run in a professional way. So I would like my children to run the business professionally." 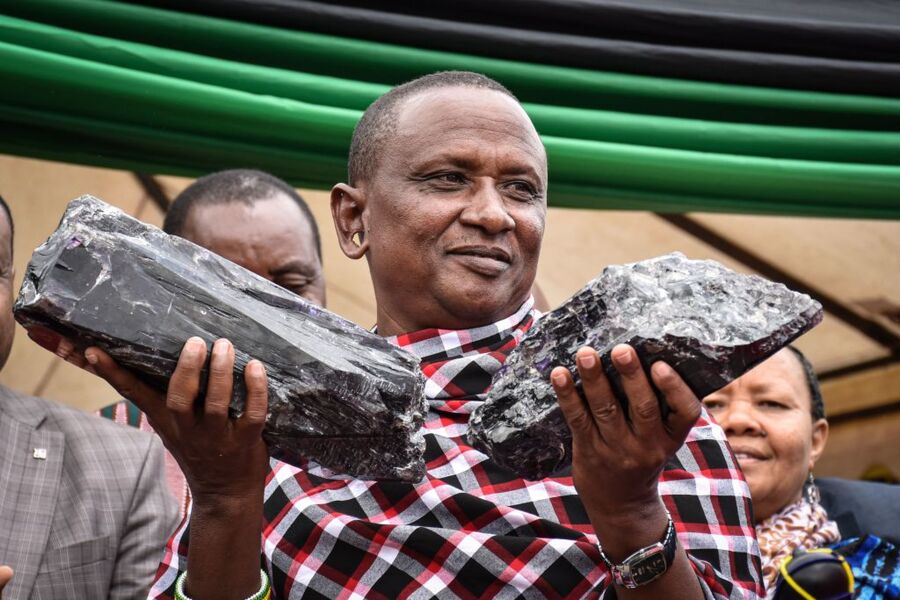 Laizer is evidently going to quit the mining business now that he's struck it rich, but he does intend to continue looking after another of his businesses: a herd of about 2,000 cows. One of those cows, he says, will be the main course at a "big party" he's planning to throw to celebrate his new wealth.

Among those reported to have congratulated Laizer on his success is Tanzanian President John Magufuli, who gave him a phone call and has said that Laizer's story shows the value of small-scale mining and "proves that Tanzania is rich."

As you can probably figure out from the name, Tanzanite is a rare mineral that can only be found within the borders of Tanzania, and in fact the mining area where it's known to exist covers only a few miles.