Adam Neumann Will Get $1.7 Billion From SoftBank To Walk Away From WeWork While His Former Employees Get Layoffs

Struggling workspace-sharing startup WeWork is considering a takeover bailout from Japanese investment firm SoftBank. The Wall Street Journal reports that WeWork co-founder and former CEO Adam Neumann will get a payday totaling almost $1.7 billion from SoftBank to step away from WeWork's board and give up his voting shares in the company. Essentially $1.7 billion to go away.

SoftBank already owns about a third of WeWork through its "Vision Fund" investment arm, but the proposed takeover deal would have them buying almost $1 billion worth of additional shares from Neumann. SoftBank will reportedly throw in another $500 million in credit to allow him to pay off a loan of that amount, and the rest of the $1.7 billion figure comes from a $185 million "consulting fee."

While Neumann is giving up his voting stake in WeWork as well as his position as chairman, the deal will allow him to retain some financial stake in the company as well as an observer position on the company's board, meaning he will still be allowed to attend board meetings but will not have any voting power. 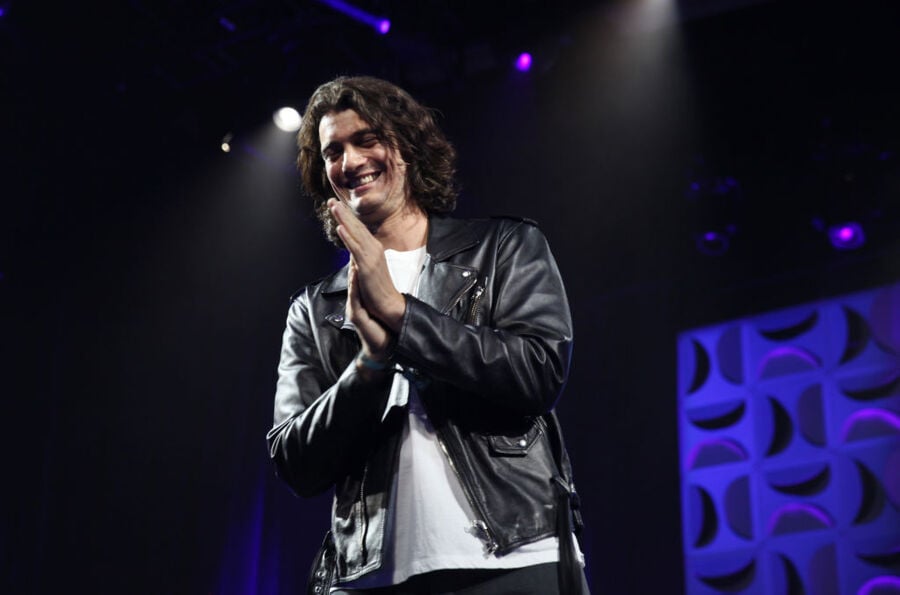 Neumann was the CEO of WeWork until September, when he was forced to step down following the startup's botched IPO. The new SoftBank deal will value the company at around $8 billion, which is a relatively small slice of the $47 billion it was once valued at not too long ago.

SoftBank's takeover will also change the structure of WeWork's stock. Once upon a time, Neumann owned shares in the company he co-founded in 2010 that carried with them as many as 20 votes per share on the board, but after the deal goes through all WeWork stock will reportedly have the same voting power.

No one from WeWork or SoftBank has commented publicly on this deal as of yet, but if there are no delays it's expected to be announced publicly very soon.

Also keep in mind that Adam currently has 10 to 1 voting power through his equity which allows him to make all decisions for the company. Even if every other equity holder and board member voted AGAINST this bailout, Adam could trump their votes and give himself the bailout. Pretty incredible if you ask me and will likely result in a long line of investor lawsuits in the coming years (one is probably being formed and filed as I type this message.

Meanwhile, WeWork has reportedly delayed a series of layoffs because it does not have the capital to afford severances it would owe to many employees. Not sure how the WeWork employees will feel about Adam getting $1.7 billion before they all lose their jobs. Not to mention all the employees who thought their equity was worth millions just 60 days ago and now it's worth NOTHING.

How do you feel about Adam Neumann's bailout?