You may not recognize the name, Liesel Pritzker Simmons, but you may have seen her work. Or, at the very least, you've likely stayed in one of her family's hotels.

Pritzker – who uses the stage name Liesel Matthews – played Alice Marshall, the daughter of Harrison Ford in Air Force One, and she also starred as Sara Crewe in A Little Princess. It was a role that earned her a Young Artist Awards nomination for Best Young Leading Actress in a Feature Film. Though she had one more part in the 2000 film Blast, Pritzker hasn't appeared in a movie since then.

The former child actress is doing pretty well for herself, though. She's the heiress to the Hyatt hotel fortune – collectively valued at $15 billion. As part of the family, Pritzker is personally worth $500 million.

Liesel Anne Pritzker was born in Chicago, Illinois, into the already wealthy Pritzker family. She's one of twelve surviving grandchildren of patriarch A.N. Pritzker, a financier and industrialist. Her father, Robert, created a conglomerate of manufacturing companies that eventually grew into the Marmon Group, a multibillion-dollar holding company. Her uncle, Jay, is the founder of the Hyatt chain – which owns, or operates more than 200 hotels worldwide – and also owned Braniff Airlines for most of the 1980s. The family also controls the TransUnion Credit Bureau and the Royal Caribbean Cruise Lines.

Pritzker first made her professional stage debut in a production of To Kill a Mockingbird in Chicago, where she played Scout. She also won a Theatre World Award for her performance in Vincent in Brixton. The movie roles brought Pritzker more fame, though her film career was over by the time she enrolled at Columbia University. 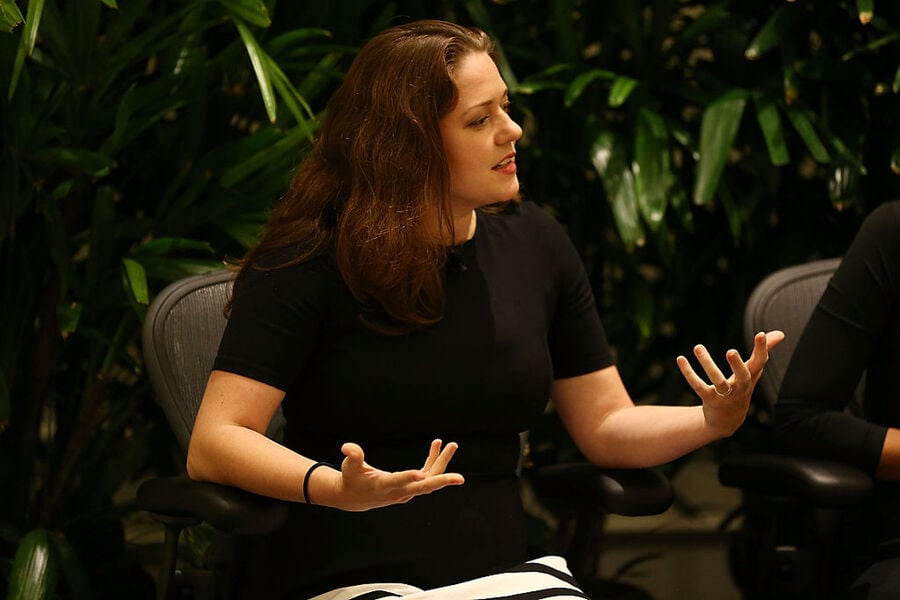 In 2002, while at Columbia, Pritzker filed a $6 billion lawsuit against her father and 11 older cousins claiming they had misappropriated money from trusts that had been established for her and her brother Matthew. By 2005, the parties had settled the lawsuit, which resulted in the family splitting their fortune 11 ways – as a result, 10 more Pritzkers joined the Forbes 400, easily the most members of any family on the list. Pritzker and her brother each received about $280 million in cash as a result of the lawsuit, with control over other trusts valued at around $170 million apiece.

Pritzker's husband is also from a wealthy family; Ian Simmons is heir to the Erie Canal and his family also cofounded the Montgomery Ward department store chain. Together, the pair has contributed to a number of philanthropic efforts. They've donated more than $4 million – with a goal of another $50 million – toward venture investments in for-profit social startups. Some of the investments include EcoPost, a company in Kenya that turns plastic into fence posts, and Karibu Homes, an affordable housing developer in Nairobi.

Pritzker is also the founder of Young Ambassadors for Opportunity (YAO). This network of young professionals aims to inspire, educate, and involve others in microfinance, a source of financial services for small businesses and entrepreneurs that don't have access to banking and similar services. YAO primarily works with Opportunity International, a nonprofit organization that provides loans, savings, insurance, and training to more than five million people trying to work their way out of poverty in developing countries.

While we may not be seeing Pritzker on the big screen again anytime soon, she's certainly putting her wealth to good use. And that'd make any dad proud – whether he's the President of the United States or not.