It's probably the most famous (or, more accurately, infamous) amateur footage ever recorded. Abraham Zapruder's fateful 8mm footage of the assassination of President John F. Kennedy. The footage, which was shot on this day in 1963, went on to become one of the fundamental visual images of the 20th century, but in today's age of omnipresent smartphone footage and endless social media image-sharing, you might be surprised to learn that Zapruder's 28 seconds of footage was a jealously sought commodity in the days, years, and decades following Kennedy's murder.

The Zapruder film is probably the most pored-over footage ever shot, with countless words having been written on its creation as well as analyzing the images therein. Multiple news organizations were bidding on the rights to the film on the very day it was shot, and on the morning of November 23rd it was Life magazine that paid $150,000 for the rights (about $1.26 million in 2019 dollars). Less than a week later, Life published frames from the film in black and white, excluding frame 313 – the moment of the fatal shot to the head – at Zapruder's insistence. The magazine published future material from the film in color at various points afterward, in 1963, 1964, 1966, an 1967. 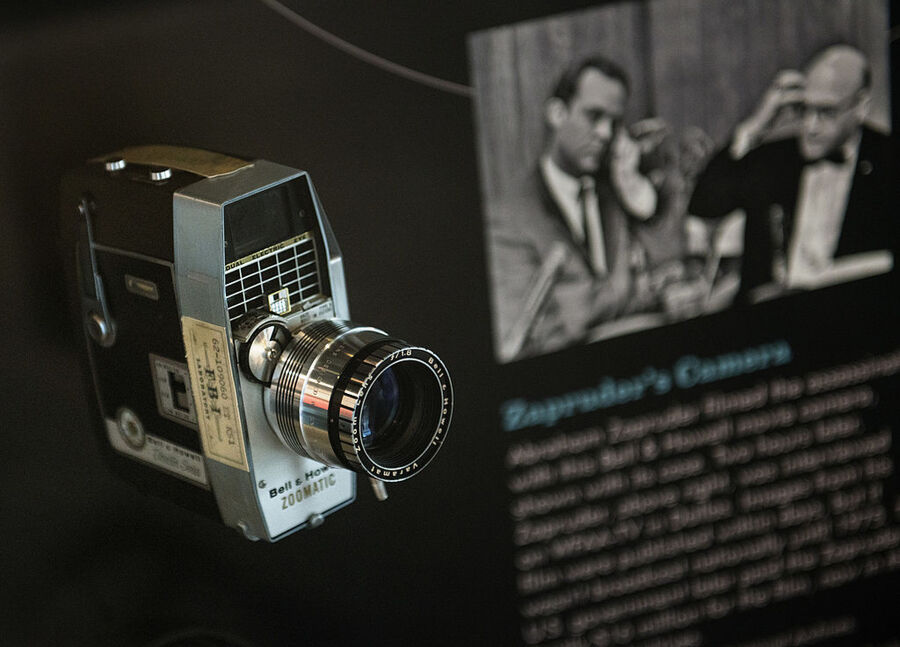 Up to this point, these photographic stills were the only way for the public to in any way "see" the film, but in 1970 the footage began appearing on television. One such showing, on ABC in 1975, led to a legal dispute over royalties Time Inc. and Zapruder's heirs (Zapruder himself died in 1970). In a settlement between the two parties, Time sold the rights to the Zapruder film back to the Zapruder family for the symbolic fee of $1. The company expressed its desire to donate the film to the US government, with Zapruder's family refusing consent to this, before eventually doing just that in 1978, transferring the original film to the National Archives for safekeeping. The family still retained the copyright on the footage, earning for example $85,000 from filmmaker Oliver Stone for permission to use the footage in his 1991 film JFK. But in 1992, following public outcry as a result of Stone's film, the President John F. Kennedy Assassination Records Collection Act deemed all documentation of the assassination, including the Zapruder film, the official property of the United States government in the name of historical preservation. As a result of this, there are reports that when the Zapruder family attempted to get the film back sometime in 1993 or 1994, the government refused.

Even then, the Zapruder family still had copyright to the footage, which thanks to Stone's movie has been seen by millions of people all over the world. And in December of 1999 the Zapruder heirs donated this copyright not to the US government but to the Sixth Floor Museum in Dallas devoted to the JFK assassination. Now, it's the museum that controls all commercial rights associated with the footage, even as the original film remains in the National Archives.