A Marie Antoinette Pendant Sold For $36 Million, Much More Than Pre-Sale Estimates

AFP is reporting that a pendant that was owned by French history's famous queen Marie Antoinette, before she was beheaded during the French Revolution, has sold for many times more than its initial pre-sale estimates predicted. The pendant, which was estimated to be worth around $2 million, actually sold for an incredible $36 million at a recent Sotheby's auction in Geneva.

An anonymous buyer got swept up in the excitement and lost his or her head in bidding on the pendant, but unlike its former owner this was only in the metaphorical sense. That excitement led to a host of Antoinette's jewelry blowing away their pre-sale estimates, like a diamond brooch thought to be worth just $80,000 going for $1.75 million. Altogether, the ten items in the Marie Antoinette jewelry collection went for a combined $43 million, compared to their pre-sale estimated value of only about $3 million. 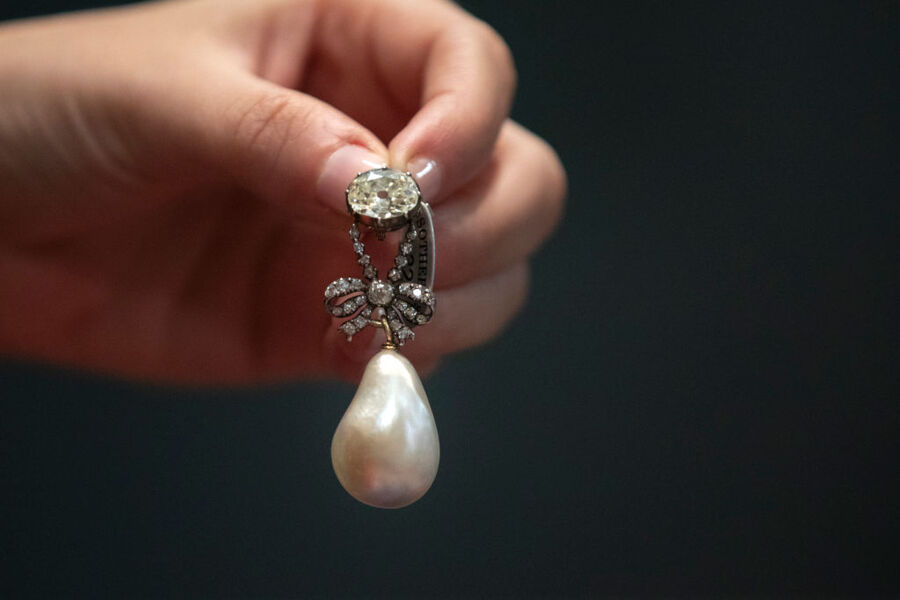 Eddie LeVian, chief executive of jewelers Le Vian, explains in a press statement the obvious truth that the massive prices paid for these jewels were for much more than the jewels themselves:

"Marie Antoinette's pendant is simply irreplaceable and the price it fetched is about far more than the gem itself … It captures everyone's imagination … This is the ultimate proof, if it were needed, that the world's ultra high net worth individuals love rare, natural fancy coloured diamond and pearls jewels as investments, and especially those with royal provenance."

The $36 million pearl and diamond pendant was the clear highlight of the collection, making up $34 million worth of the collection's unexpected $40 million windfall. Hopefully for its new owner, they will get to enjoy it more than Marie Antoinette was able to.

The Marie Antoinette jewelry collection was itself the highlight of a huge collection of royal jewels from the Italian House of Bourbon-Parma being auctioned by Sotheby's. Altogether, the auction house sold off a total of 100 jewels with royal histories, and the lots got a combined total of $53.1 million compared to their total pre-sale estimate of $4.2 million, completing the auction's overall trend of far surpassing expectations.