Canadian mining company RNC Minerals has (literally) struck gold in Australia. The company says it's found a very rich vein of gold-bearing rocks from its Beta Hunt Mine in the Goldfields of Western Australia. The most eye-popping product of this find is the 95kg quartz rock containing a record estimated gold content of 2,440 ounces, which is also estimated to be worth some $3 million.

That rock has a little brother, a 63kg hunk of quartz that contains about 1,620 ounces of gold, which makes it worth about $1.9 million. Altogether, the RNC find has produced a total of 9,250 ounces of "high grade gold" from 130 metric tons of rock, all dug from deep under the ground over the course of just one week. 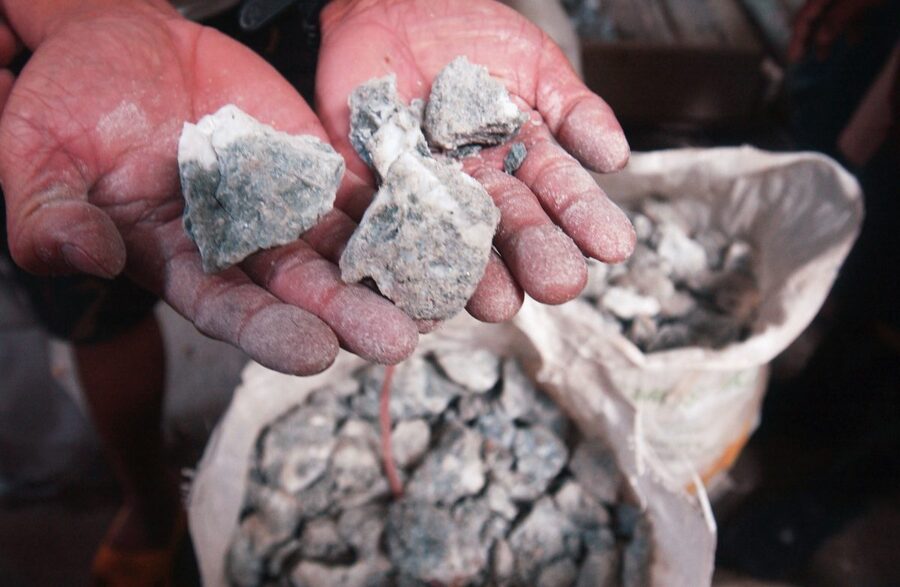 Generally speaking, gold is usually found by mining operations in small, practically invisible flakes within quartz as seen in the photo above. Mark Selby is the President and CEO of RNC Minerals, and in an official press release on the find, he talks about its significance in the gold mining field:

"Recovering 9,250 ounces of high grade coarse gold from a single cut on the 15 level at our Beta Hunt mine, including specimens which could rank among the largest ever discovered, underlines the importance of this discovery. Just 8 weeks earlier, at the end of June 2018, 1,500 ounces of high grade gold were recovered from other sediment structures on the 14 and 15 levels. These discoveries highlight the high-grade gold potential of Beta Hunt."

All of the high grade coarse gold included in the find is "hand picked, direct ship ore" and sent from the mining site to the Perth Mint. Altogether, it's estimated to be worth some $11.4 million in American dollars (and "in cash," according to the press release). The final, precise value of the find will be determined once the gold is processed and, as the case may be, sold, which is expected to take about a week.