Michael Jordan has broken yet another record, in a manner of speaking, this one in the world of collectible sneakers. A pair of Air Jordan MJ wore during his 1984-85 rookie season, and signed by Jordan, have sold at a Sotheby's auction for the price of $560,000, making them the most expensive pair of sneakers of all time.

Darren Rovell's Action Network reports that the shoes were once the property of one Jordy Geller, who's known throughout the shoe enthusiast world for the quality of his collection. In fact, the record broken by the $560,000 sale also belonged to another pair sold by Geller, that one a pair of the original prototype Nike moon shoes designed by Nike co-founder Bill Bowerman, which was sold by Geller in July of 2019 for $437,500. 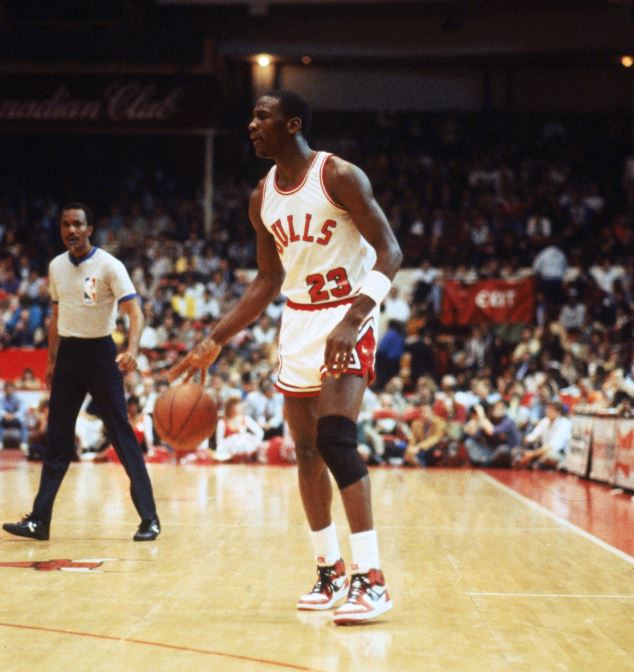 It's not a coincidence that a legendary pair of Michael Jordan's sneakers would break a price record at a time when so much of the world seems to be remembering the work and career of Jordan thanks to ESPN's documentary The Last Dance. Geller said to Action that he decided to part with the sneakers due to "the hysteria for Michael Jordan items" provoked by the documentary.

Sotheby's Brahm Wachter, who was in charge of the record-breaking auction, says this is all part of Geller's intuitive sense for buying and selling memorabilia:

"Jordy always has a great sense of timing for these things…We are thrilled with the price. It just speaks to Michael Jordan's incredible legacy and people recognizing him as the greatest athlete to ever play."

Geller acquired the shoes back in 2012.

The identity of the sneakers' new owner is, for now anyway, unknown to the public.