A Bugatti Veyron Costs About $1.7M… And You Won't Believe How Much It Costs To Get The Oil Changed

When you spend seven figures on a car, it's a given that you won't be taking it into Jiffy Lube for any quick oil changes while you wait. But the actual price estimate on how much it costs to get an oil change for a Bugatti "hypercar" might still surprise you. A recent YouTube video from luxury car rental service Royalty Exotic Cars tells the tragic tale: An oil change for a $1.7 million Bugatti Veyron (the least expensive bargain choice of the Bugatti line) is said to cost about $21,000.

For some probably unnecessary perspective, that's more than enough to purchase an actual car of your own. But Bugatti owners are big spenders by default, and as Royalty Exotic Cars CEO Houston Crosta told CNBC Make It, it's the limited nature of that club that keeps costs so high:

"Bugatti services are so expensive because of the exclusivity of the product. Only select individuals own a Bugatti and the owners tend to have one or more Bugattis." 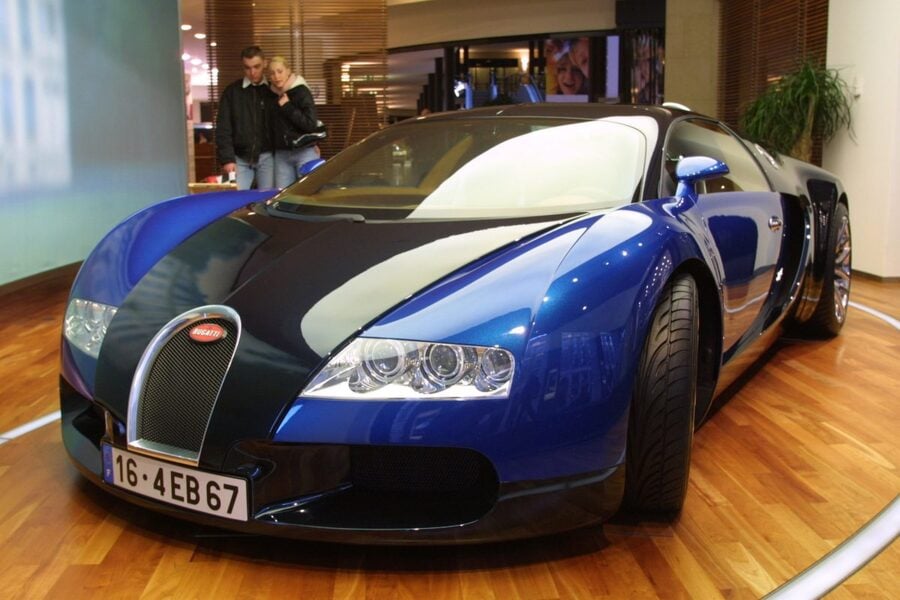 Another reason an oil change sets Bugatti owners so far back is that it's a much more elaborate process than an oil change for a normal car. Per CNBC:

Conventional wisdom recommends an oil change every three months or 3,000 miles, but the Bugatti standard has different conventional wisdom on that note as well. Luckily for thrifty Bugatti owners (if there are any), oil changes are only recommended as a once-a-year procedure, whether the car has been driven thousands of miles or no miles at all. And you're not going to be able to get any savings in the tires either, as Costa says that a set of tires for Bugatti automobiles come to about $38,000.