It's the dream of everyone who's ever purchased a mysterious box at a garage or yard sale: the contents of the box ends up being some lost treasure, unspeakably valuable and the key to a different life of incredible wealth. Rick Norsigian is undoubtedly familiar with that dream, since he's something of a garage-sale hobbyist, who regularly seeks out antiques at garage sales.

During one such hunt about ten years ago, he purchased two boxes of glass photograph plates for $45. According to CNN, in just the last week or so, he received official confirmation that those plates were negatives created by the one-and-only Ansel Adams (photographed below), a legendary photographer, much of whose work prior to 1937 was lost in a darkroom fire that created a kind of blank spot in his oeuvre. Now, what used to be garage sale scrap is estimated to be worth somewhere in the neighborhood of $200 million.

The plates are dated from 1919 into the early 30's, and the rarity of work from that period contributes in part to their eventual $200 million valuation. As the story goes, he recognized some of the photographs in the box, but not as the work of Ansel Adams. Instead, he recognized the actual subject of the photographs, which partially provoked him to purchase them:

"When I pulled on of those glass negatives out, I seen Yosemite. As a young man, I worked at Yosemite quite a bit. So, right away I recognized it as Yosemite." 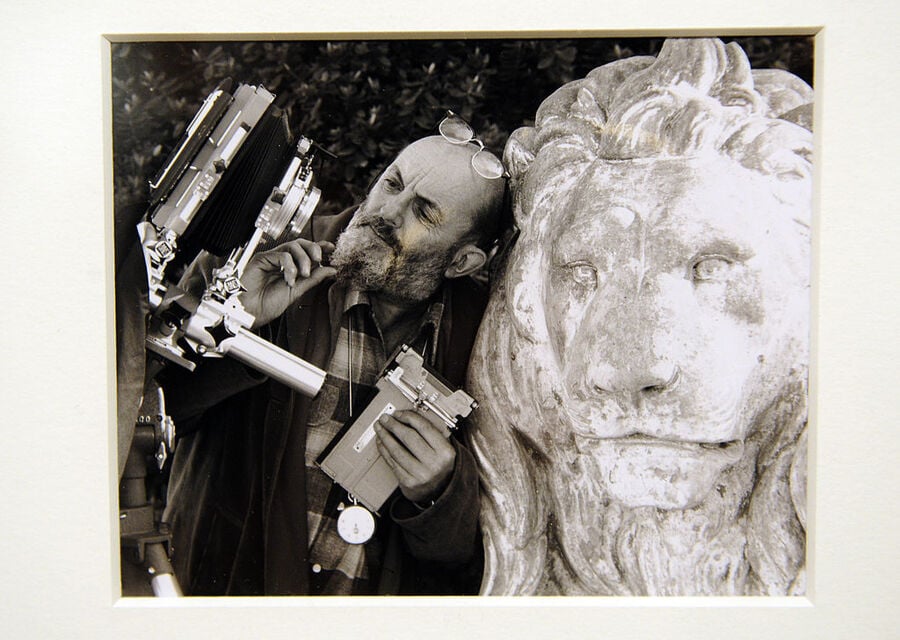 The owner of the boxes wanted $70 for them, but Norsigian haggled him down to $45. After two years of keeping the boxes under a pool table, he started to research them, eventually concluding the possibility of their being a lot more valuable than $45 (or even $70). Flash forward to 2016, when attorney Arnold Peter enlisted the help of photography experts, meteorologists (for analyzing cloud and snowfall patterns in the photos and comparing them to those in known Adams works), lawyers, and even a former agent of the FBI to authenticate the photographs, found beyond a reasonable doubt that they are indeed lost works of Ansel Adams.

As for when Norsigian, who may retire from his job in the Fresno school system this year, will start to see some money from the sale of these photos, he's going to have to wait a little longer. First, the photographic plates will tour the country, making their first stop at Fresno State University in October. He doesn't seem to mind the wait, though, telling CNN: "I just hope everybody enjoys them."