An actor/entertainer of epic proportions, there are few celebrities who have the talent and consistent track record as that of Denzel Washington's. One of the most consistent in terms of producing high quality, entertaining acting performances over the years, Washington has proven himself to be quite the talented thespian and filmmaker. With a long string of high performing films dating back to the early 80's, Denzel has well over 30 years of acting experience under his belt. Still very active in the industry, Denzel's films seem to only be getting better with time. With that said, have you ever wondered how much money he has been making from his latest films? If so, you've come to the right place!

A science fiction film starring Washington and Russell Crowe, Denzel plays a former cop who was imprisoned for killing a man who killed his family. The film received mixed to negative reviews, although some maintain each of the actors pulled of award-winning performances. Either way, Denzel received $7.5 million for his part in the film.

Playing an army colonel who accidentally killed his friend in battle, Courage Under Fire is a movie that delves into the complicated deaths associated with warfare. Also starring Meg Ryan, Lou Diamond Phillips, and Matt Damon, among many others, the film received mostly positive reviews and Denzel received $10 million for his role in the movie.

A biographical film depicting the story of boxer Rubin "Hurricane" Carter and how he fared during a 20-year prison sentence over a triple homicide, this movie received rave reviews as well as a number of awards and accolades. One of the defining roles of his career as a whole, Washington received $10 million for his role in the film.

A supernatural thriller, Fallen is a film enjoyed by fans, but was ripped apart by critics. Complaining about the plot holes and jumpiness of the script, critics were fairly displeased across the board, but this didn't stop Denzel from receiving $12 million for starring in the film. 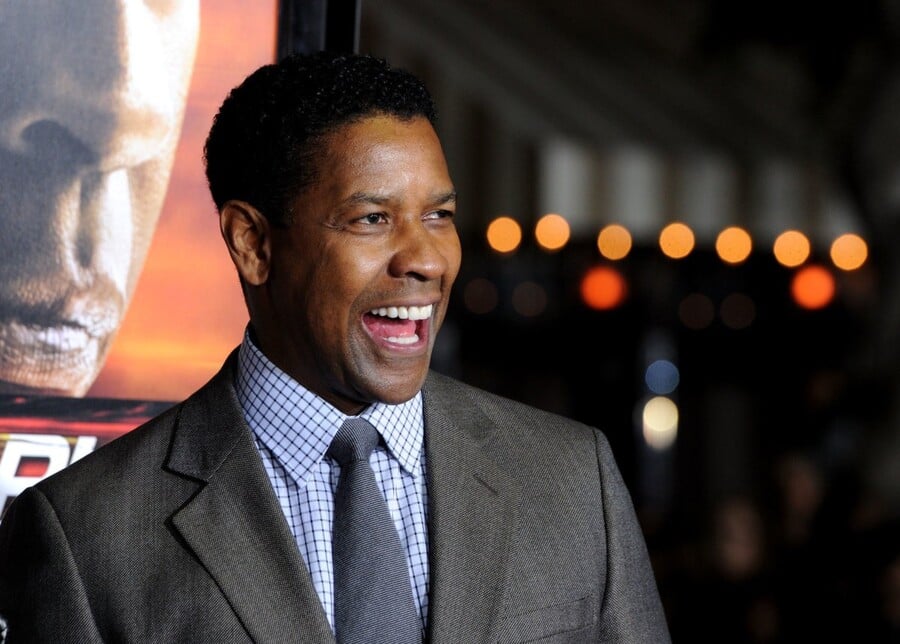 A film about the FBI attempting to solve a terrorist conspiracy, Washington plays "Special Agent Anthony Hubbard" in this thriller film. Also starring the likes of Bruce Willis and Annette Bening, the film received mixed reviews, which were mostly due to issues with the subject of the plot. Nevertheless, Washington delivered an excellent performance and received $12 million for his work in the film.

A crime drama film that literally changed the roles Denzel has taken on ever since, Training Day proved that Denzel still has a solid ability to take on roles that are different from his norm. Receiving critical claim as well as a slew of awards, Washington received $12 million for playing this crooked role.

Starring the likes of Eva Mendes and Sanaa Lathan, this thriller of a film also brought a level of spice and sex appeal. Receiving mostly positive reviews, Washington was paid $20 million for taking on the role of "Mathias Lee-Whitlock."

Playing the role of an ex-CIA agent turned mercenary, this thriller of a film also stars Dakota Fanning. Tasked with protecting a 9-year-old named "Lupita", Washington once again delivered a stand-up performance and received another $20 million in the process.

A biographical film based on the tumultuous life of crime boss, Frank Lucas, American Gangster once again tested the entertainer's acting chops, which he passed with flying colors. A massive hit, the movie, as well as its accompanying soundtrack, are considered instant classics by many. To top it all off, Washington received $40 million for playing the starring role!

Overall, with a net worth of $190 million dollars and a total box office gross of $3,297,600,000 for all his films, there's no denying that Denzel has been, and remains, a cash cow for the film industry. What's more, with no shortage of roles being awarded to the entertainer, and a massive base of die-hard fans, it's unlikely his funds will be dwindling any time soon.