The Royal Canadian Navy and the United States Coast Guard have been busy, busy, busy off of the coasts of Central and South America, making seizure after seizure of illegal narcotics over the last three months. On December 15th, the fruits of their labors finally made it to the Florida shore, and they came to some pretty amazing quantities. The cocaine came to more than 26 tons, and is estimated to be worth at least $715 million, according to the Associated Press.

The 26 tons of cocaine confiscated by these authorities came from 27 "vessel interdictions" and five "bale recovery operations," and much of it was photographed in Ft. Lauderdale in its original packaging for shipping, complete with misleading labels such as "white sugar" and "pork." Vice Admiral Karl Schultz of the Coast Guard told reporters that the drugs were confiscated as part of efforts by law enforcement to target vessels from Colombia, Peru and Bolivia before they ever make it to land, which is how the greatest quantities of drugs are confiscated since narcotics are captured before they are divided up further before being smuggled into Canada and the US. 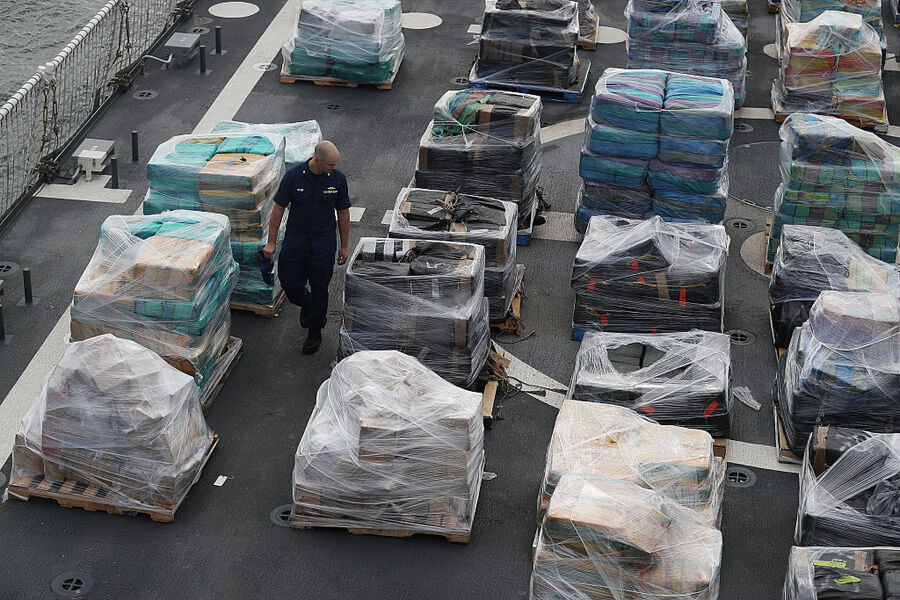 The operations that resulted in all this cocaine ending up in the hands of law enforcement also resulted in the arrests of about 100 suspected smugglers, some of which are being prosecuted in south Florida. The cocaine will be used as evidence in these trials, after which it will be disposed of by the Drug Enforcement Administration, the agency usually responsible for the task.

If you don't follow narcotics traffic news, you may be under the impression that 26 tons of drugs on the table is a commonplace event. According to Commodore Craig Baines of the Royal Navy, this seizure represents a total of 75% of all drugs seized so far in 2016.