By Joseph Gibson on December 5, 2017 in Articles › How Much Does

May 22, 2010, a little over seven years ago, history was made in the world of cryptocurrency when Laszlo Hanyecz purchased a couple of Papa John's pizzas using bitcoins. No, Papa John's was not accepting Bitcoin back then, he purchased the pizzas from a fellow Bitcoin enthusiast after making an unusual offer on the Bitcoin Talk forum paying 10,000 bitcoins for two large pizzas:

"I'll pay 10,000 bitcoins for a couple of pizzas.. like maybe 2 large ones so I have some left over for the next day. I like having left over pizza to nibble on later. You can make the pizza yourself and bring it to my house or order it for me from a delivery place, but what I'm aiming for is getting food delivered in exchange for bitcoins where I don't have to order or prepare it myself, kind of like ordering a 'breakfast platter' at a hotel or something, they just bring you something to eat and you're happy!

"I like things like onions, peppers, sausage, mushrooms, tomatoes, pepperoni, etc.. just standard stuff no weird fish topping or anything like that. I also like regular cheese pizzas which may be cheaper to prepare or otherwise acquire.

"If you're interested please let me know and we can work out a deal." 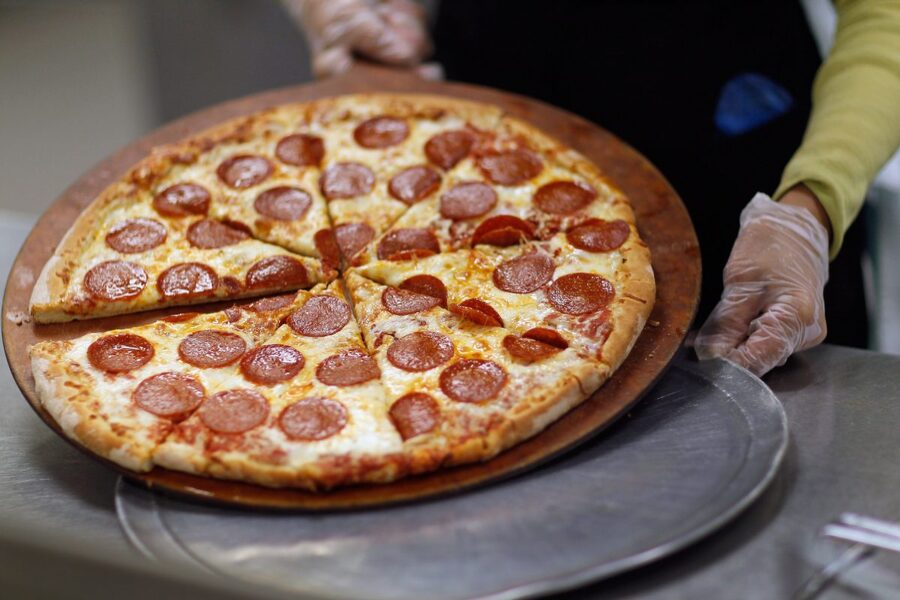 Back then, 10,000 bitcoins were worth around $40, so not a bad deal for the other Bitcoin user who agreed to purchase the pizzas and exchange them for the cyberdough, who reportedly only paid about $25 for the pies. As for whether Hanyecz was happy with the pizzas, or whether he enjoyed the leftovers the next day, these minor details appear to be lost to recent history.

The exchange is believed to have been the first time bitcoins were used in a real-world financial transaction, and May 22nd is forever known to Bitcoin enthusiasts as Bitcoin Pizza Day.