7 Private Islands Fit For A Millionaire (Or A Billionaire)

Gone are the days when you could sail up to a desert island, drop anchor, and stick a flag in the sand to try and claim your territory. These days investing in your very own private island will cost you – a lot. Wealthy celebs and entrepreneurs like Johnny Depp and Richard Branson own their own little pieces of paradise, but for the rest of us, we can always dream.

Or maybe you are in Depp's league and you're eyeing a private retreat off Fiji, or you're thinking about building a luxury resort in the waters off of Dubai. A little getaway with a heliport, a coral reef, or a house built by legendary architect Frank Lloyd Wright. If that's the case, there are several private islands for sale, both developed and undeveloped, all across the globe. If slapping down cash for an island isn't in the cards just yet, the fantasy is always fun, too…

This is the last of the uninhabited private islands off Fiji that hasn't been sold off, which should be reason enough to take a look. It's 100 acres of lush land and beach that you can access by boat or helicopter, because if you're buying this thing you probably have one of each. For the bargain price of $2.85 million, you can stare at the clear water, snorkel by a coral reef, and call this gorgeous little plot of land your (vacation) home. 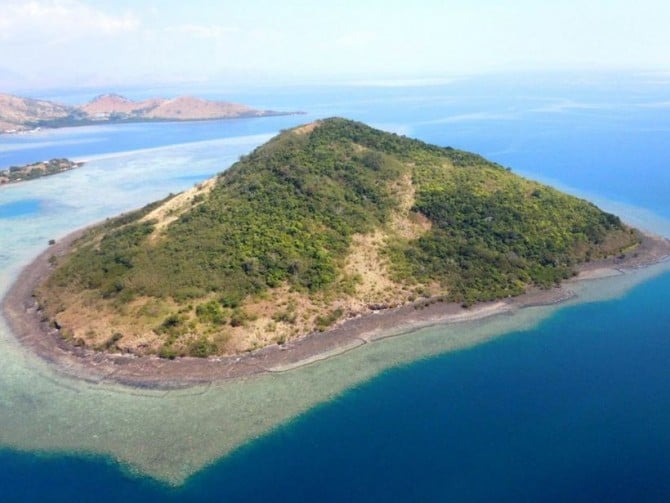 The World is a development by Nakheel, and it consists of 300 man-made islands shaped into the continents of the world. They're located off of Dubai's coast, because where else would such a thing be? The remaining islands will set you back about $16 million, and you can build private homes, estate homes, or fancy resorts. They're just 2.5 miles off Jumeirah, near the Palm Jumeirah and in the middle of the Burj Al Arab and Port Rashid. 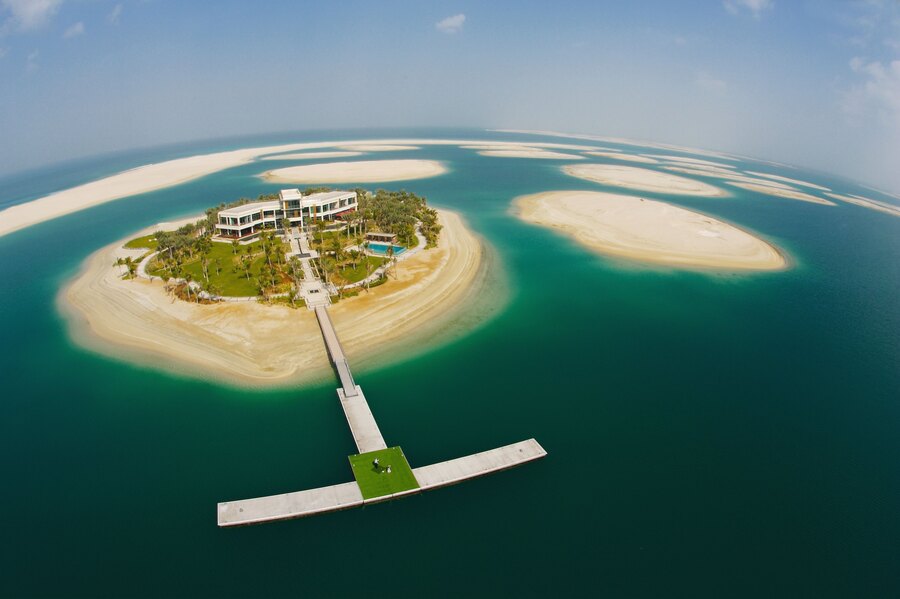 This 44 acre piece of heaven is off the British Virgin Islands, and the cost is an estimated $30 million. There's lush green foliage, turquoise water, and a gorgeous estate that comfortably fits about 20 people. It has hosted royalty and dignitaries, and there's a 14-person dining room, swimming pool, helipad, and a protected bay that allows yachts up to 200 feet-long to safely anchor. It's south east of Tortola along the Sir Francis Drake Channel. It wouldn't be a bad way to spend a weekend away.

This little $5.5 million gem is off Grenada, one mile off the southern coast of Carriacou. The 10-acre island has beaches with white sand and a gorgeous landscape that is secluded and sheltered by nearby islands. It also comes with planning approval for either a luxurious boutique spa hotel or the ultimate private villa, if you're looking to turn a profit.

Make a second home on Little St. George's Caye, off the coast of Belize, for about $1.6 million. It's less than one and a half miles away from Belize's famous Barrier Reef, the Western Hemisphere's largest barrier reef, right after Australia's Great Barrier Reef. There are two white sandy beaches, and both beaches have access to the crystal waters. There's plenty of potential for development with a provisional approved subdivision plan that allows for 17 individual lots. What are you waiting for?!

This 11-acre island on the private and tony Lake Mahopac has two houses designed by legendary architect Frank Lloyd Wright, known for his work on The Guggenheim. The first structure is a 1,200-square-foot cottage, built in 1950. The second is a 5,000-square-foot residence that was constructed in 2008, which came from one of Wright's last plans. The price is a mystery but it went on the market in 2012 for $19.9 million. It's located about 50 miles north of New York City (15 minutes by helicopter!).

So now you have plenty of options if you're in the market for a luxury island or a small, quaint Caribbean getaway. Just make sure you have a private jet or yacht to get you there.