The $3 Million Bugatti Chiron Is The New, Fastest Car In The World

The fastest street-legal car in the world is now reportedly the new Bugatti Chiron, with a top speed that exceeds 260 miles per hour, according to a recent CNN Money gush about the car. Peter Valdes-Dapena got to drive the car, but one of the themes of his review is that it's way more visually striking and sleek than you might expect from an automobile that was specifically engineered to bust speed records:

"When the goal is pure speed, visual aesthetics usually take a back seat — way, way back. So does comfort. And driveability. The car would have wings sticking out all over, massive air vents and a tiny, cramped passenger cabin."

This is evidently not the case for the two-seater Chiron. The car's leather interior provides maximum space and comfort to those lucky two occupants, and Bugatti has designed the driving experience with an eye towards timelessness. Than means no giant computer interface screens as is the trend in top tier luxury vehicles today, but instead a tasteful, small array of inconspicuous screens that if all goes to plan won't appear funny or distracting drivers even 20 or 30 years in the future. And even though the hypothetical automobile mentioned above has wings on top of wings to facilitate its speed, the Chiron isn't completely wingless – instead, it's outfitted with one large wing in the back, which is automated to raise, lower, and change angles depending on the speed of the car, and the desired speed of the driver. 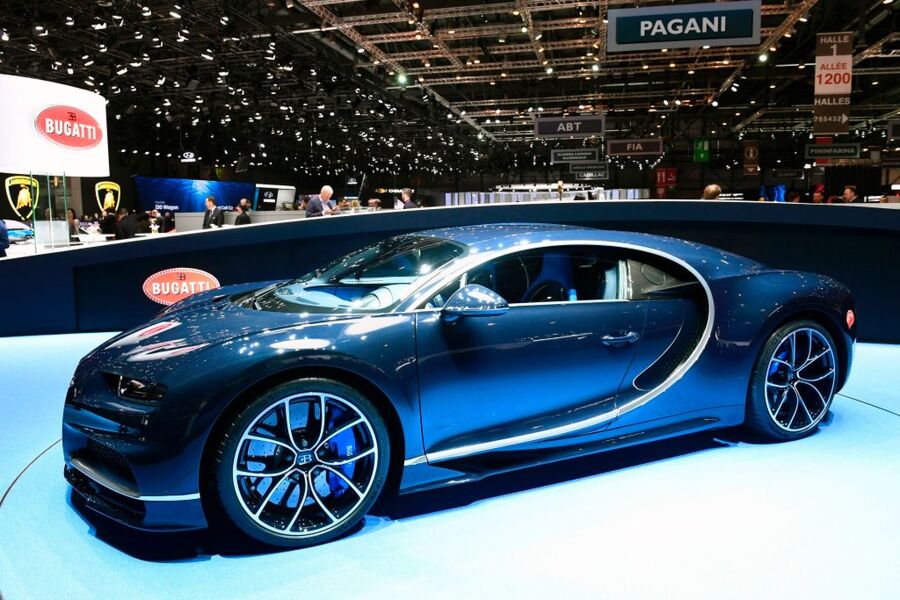 To say the least, the Bugatti Chiron is clearly an ambitious project, and you probably already know that that kind of ambition does not come cheap. The review states that as electric cars become powerful enough to hit speeds comparable to the Chiron, the car could be described as "the internal combustion era's awesome grand finale." So it makes sense that a grand finale like that would cost around $3 million.