By Joseph Gibson on November 6, 2018 in Articles › How Much Does

The next time you hear anyone say that corruption investigations don't matter, remember Equanimity. That's the $250 million superyacht that has officially been declared the property of the Malaysian government, and it is therefore free to sell off the craft that is reported by CNBC to be "linked to funds allegedly stolen from 1Malaysia Development Berhad, a state-run investment fund set up by former Prime Minister Najib Razak."

Bidding on Equanimity will require a deposit of a million dollars. The auction will be carried out by London house Burgess Yachts, and in their listing for the yacht they give a glimpse into the process by which it will be sold:

"The judicial sales process will follow strict guidelines, but essentially shall be by the submission of sealed bids by qualified potential buyers, to be opened by the Sheriff of the High Court of Malaya in November/December 2018. We are advised that in accordance with Admiralty law, the judicial sale will provide the buyer with an internationally recognized ownership title free of mortgage, attachment and all encumbrances." 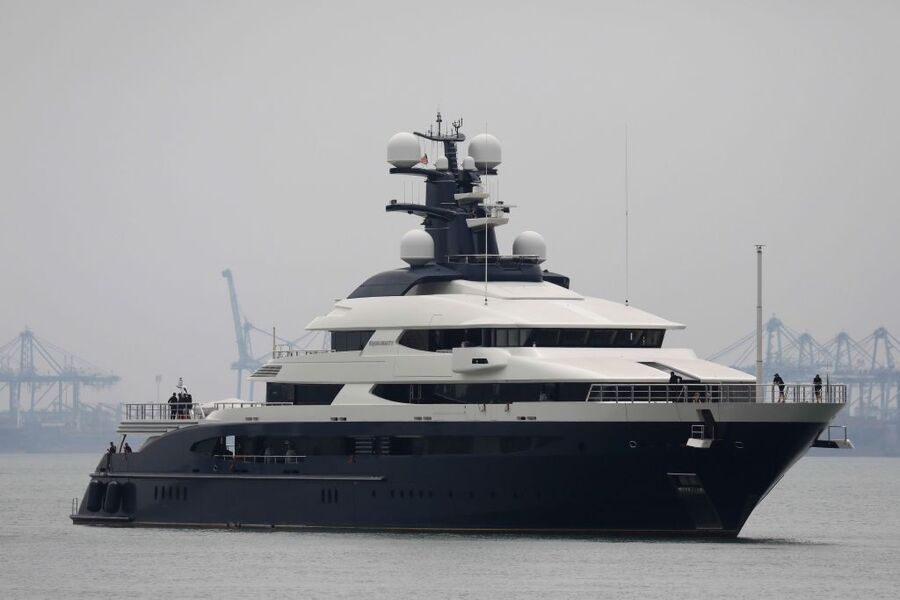 Naturally, the listing also goes into the juicy details about Equanimity itself, an interesting way to look at the idea that crime doesn't pay. It measures in at 300 feet, with room for up to 22 passengers, plus a crew of up to 31. Then there are the amenities on board, which include a health center, helipad, swimming pool, and "impressive beach club."

1Malaysia Development Berhad, commonly shortened to 1MDB, is the center of a big corruption scandal in Malaysia. Najib Razak, former prime minister of the country, is facing more than 30 criminal charges, with money laundering and breach of trust among them, while former treasury chief Irwan Serigar Abdullah is up on charges of criminal breach of trust – and neither of them get to use this yacht anymore.